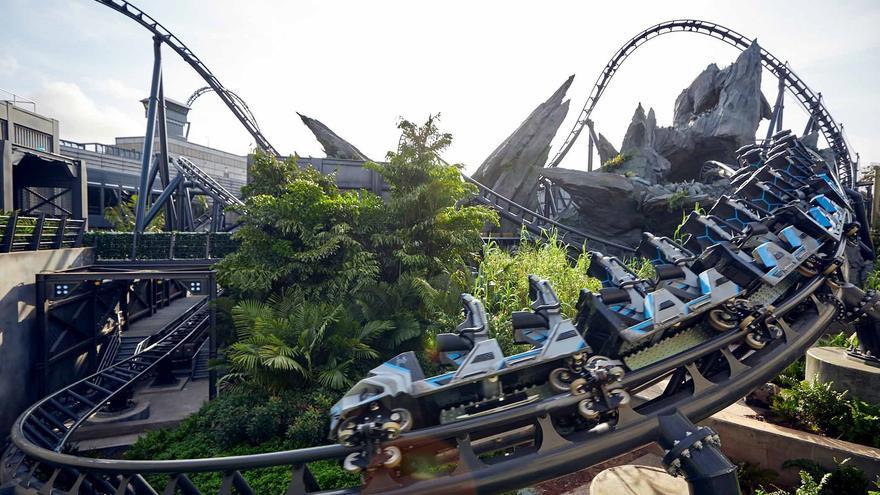 Miami, Apr 6 (EFE) .- Universal announced on Tuesday the inauguration on June 10 at its Jurassic World theme park, in Orlando (USA), of the most “intense, fast and high” roller coaster in the world. state of Florida, the so-called VelociCoaster.

Thrill-seekers will have the opportunity to ascend 155 feet (47 meters) high and be catapulted into their seats at a speed of 70 miles (112 kilometers) per hour in 2.4 seconds, while dodging raptors and saurians. predators in the velociraptor zone.

It will undoubtedly be the “most intense roller coaster in history,” as Universal Orlando defines it in a statement.

The VelociCoaster, located in the Island of Adventure area, will become not only Florida’s tallest and fastest attraction, but will provide passengers in advanced and sophisticated transportation vehicles with an audio system during the ride.

“This new roller coaster conceived and designed by the teams at Universal Creativem Universal Pictures and Amblin Entertainment brings to life a new Jurassic World story that combines epic excitement and jaw-dropping maneuvering,” Universal Orlando said in a statement.

The towering VelociCoaster will transport visitors to a “dynamic environment inspired by the ‘Jurassic World” movies, surrounded by intricately detailed rocks and lush landscapes, the company added.

Once inside the attraction, visitors will be welcomed by Dr. Wu and will learn the details of the new roller coaster that Jurassic World is promoting as its new “carnivorous expansion.”

On the electrifying journey, tourists will hear screams and even come face to face with some hungry Velociraptors eagerly waiting to be released from captivity.

The attraction uses the same technology that has already been used on Hagrid’s Magical Creatures Motorbike Adventure roller coaster in the Harry Potter world, the most visited area at Universal Orlando Resort.

The revolutionary seat design on this roller coaster offers just one front rider protection bar on each turn of up to 360 degrees, leaving the occupant prone.

Universal Orlando indicated that it continues to implement safety procedures and guidelines to avoid any contagion of covid-19, with measures such as examining tourists and team members, the obligation of social distancing and the use of masks.