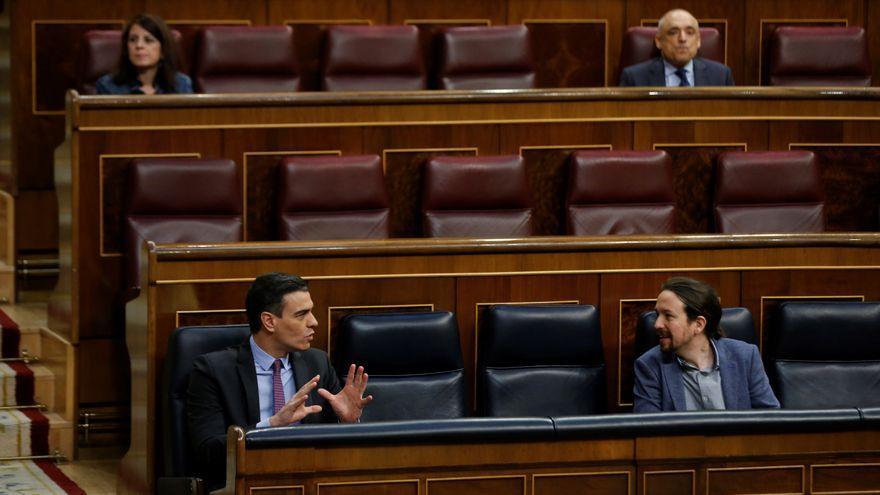 “The recent increase in the electricity bill shows the faulty operation of the system of ‘marginalist auctions’ created by the Aznar government, where the final prices of electricity sometimes have little to do with the costs of its generation. We cannot continue maintaining this system for a longer time, it is necessary to reform it, as contemplated in the Coalition Agreement, “declared the party leader.

Also the Minister of Consumption, Alberto Garzón, has opined this Tuesday on his Twitter account that a public energy company “It would not control the market nor is it a panacea”, but “it would improve the margin of public action and it would be possible to change the market structure.” “It is also a useful instrument that would help lower prices. That is why many of us defend its existence,” he defended in a long thread in which he wanted to explain the operation of the energy market.

Faced with the rise in the price of electricity, Unidos Podemos released a video this week in which it recalled that its proposal to nationalize an electricity company was not accepted by the PSOE and that the weight of its party, 35 seats, is insufficient to undertake the changes that they consider necessary in the electrical system.

“The high prices of electricity in our country represent considerable benefits for the small group of companies that make up the electricity oligopoly, but push millions of households into energy poverty”, denounce the members of United We Can. Meanwhile, the Ministry for the Ecological Transition assures that this price peak is “temporary” and is due to the “perfect storm” that the market is experiencing, but which will nevertheless be reflected in the January bill of users receiving the voluntary small consumer price (PVPC).

It is not the only issue in which the coalition partners have collided, United We Can and PSOE plan to vote differently this Tuesday in the organs of Congress on the proposal to create an investigation commission about the opaque cards of the king emeritus that this time it is endorsed by the lawyers of Congress.