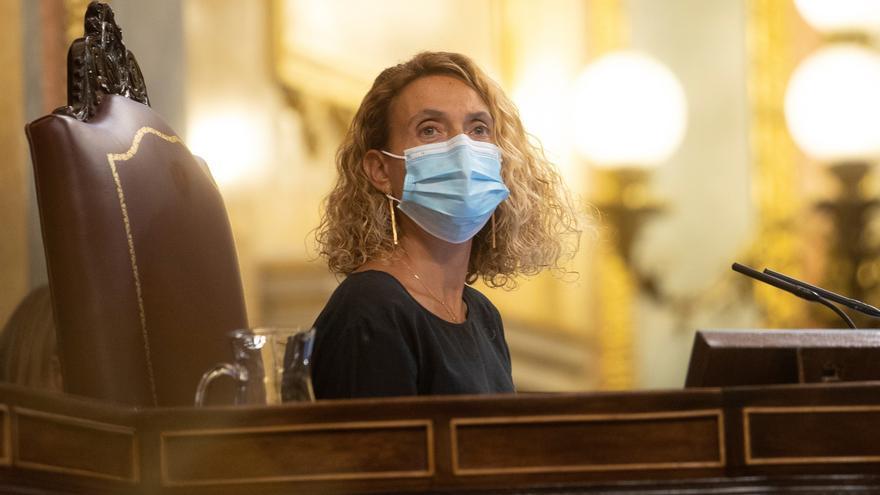 United We Can announced this Friday at the last minute that it will file a complaint against the president of the Congress of Deputies, Meritxell Batet, for prevarication, before his decision to suspend Alberto Rodríguez as a member of parliament for his conviction for hitting a policeman in 2014.

🎙 PODCAST | Alberto Rodríguez, the kick and the seat

The confederal group considers that “Meritxell Batet has made the decision to unilaterally withdraw the seat of Alberto Rodríguez, against the criteria of the lawyers of the Chamber and the Board of Congress that met last Tuesday and yesterday.”

“The president of Congress knows the sentence and knows that the disqualification of Alberto Rodríguez was to be elected in the next elections for 45 days, which in no case implies losing the seat,” explained sources from United We Can.

Therefore, the formation will present the complaint. “The decision he has taken giving in to the shameful pressure of the Supreme Court and the extreme right does enormous damage to democracy and our country,” say the sources of United We Can.

The head of the Lower House had made the decision to suspend the status of deputy of the former Secretary of Organization of Podemos this afternoon after the letter sent this Friday by the president of the Second Chamber of the Supreme, Manuel Marchena, reminding him that Rodríguez has been sentenced to prison and disqualification from passive suffrage.

According to sources from the Presidency of Congress in a statement, Batet “has communicated to Deputy Mr. Alberto Rodríguez the office of the President of the Supreme Court by which the sentence of the Second Chamber is transferred, which entails the loss of his condition of deputy, and of the order that provides for its execution. Likewise, it has been transferred to the Central Electoral Board, for the purposes of its replacement, and to the General Secretariat of Congress. ”

Likewise, Batet has also sent an official letter to the Supreme Court transmitting a copy of these communications and has personally contacted the deputy to convey the notification of the Supreme Court.

Marchena wrote to Batet after Thursday, in a tense meeting of the Lower House Bureau, the majority of PSOE and United We can agree to request the Supreme Court for clarification on whether Rodríguez should be suspended, given the confusion generated by the discrepancies between the Congress lawyers, who issued a report assuring that the deputy could keep his minutes, and the vision both of the rights of PP and Vox as of the Supreme himself.

The legal services of Congress argued in the text that United We can now use to justify its complaint that, according to the Supreme Court ruling, the still deputy could not stand for elections but could remain in Congress, since his current status as a parliamentarian la acquired in December 2019 and, therefore, two years before conviction.

In the second room of the Supreme, which on Wednesday he wrote a letter to Batet demanding the suspension of the deputy of United We Can, made a contrary interpretation based on the principle of “supervening ineligibility”, according to which Rodríguez no longer met the conditions required to be elected parliamentarian, so he had to leave the act immediately, as finally Batet has forced you to perform.

Disqualification “is mandatory”, according to Marchena

After explaining that the Supreme Court cannot clarify its sentences if it is not at the request of the parties, this Friday Marchena told Batet that Rodríguez’s 45-day prison sentence has been replaced by a fine but only for the purpose of his execution. .

“The prison sentence is the punitive outcome associated with the conduct that is declared proven, without prejudice to the fact that for the purpose of its replacement – and only for these exclusive purposes – its replacement by a fine penalty has been agreed,” says the writing sent to Congress through the presidency of the Supreme Court. The disqualification sentence, moreover, “is mandatory.”

The United Podemos parliamentarian was sentenced to pay a fine of 540 euros and compensate a National Police agent for kicking him in a demonstration in La Laguna in 2014. His sentence was a month and a half in prison but the Penal Code requires him to automatically substitute a fine for those sentences. What was not replaced was his sentence of disqualification from passive suffrage, that is, the right to stand in elections.