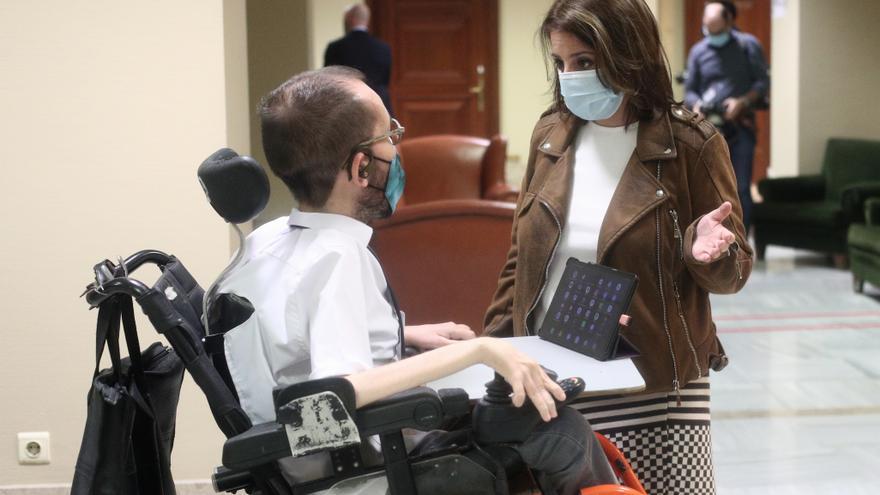 The two government formations have begun to take up the repeal of the gag law. This Thursday representatives of Unidos Podemos and PSOE have met and have agreed to "omit any mention of immigration and border issues" in the reform of the text in which they are working, referring "such matters to the immigration legislation, always in accordance with the established in the international agreements signed for Spain ", according to sources from the confederal group.

At the closing of the last Federal Congress of the PSOE, held on October 17, the President of the Government, Pedro Sánchez, reaffirmed his commitment to the repeal of these regulations. This announcement, on one of the flags that the confederal group had endorsed, caused several coalition spokesmen to insist days later on the relevance of this commitment. Unidos Podemos demanded that the Board of Congress put an end to the extensions and the groups could already present their partial amendments.

In addition to the hot returns, the confederal group affirms that they have reached agreements with the PSOE on issues such as the right to assembly, the economic amount of the fines, the identification time at the police station, the taking of images of demonstrations or operations. police and body searches. For their part, sources from the socialist delegation do not confirm the pact and assure that they continue in negotiations with United We Can.

According to the communiqué released by the confederal group, the two formations have agreed to guarantee "the protection of the fundamental right to peaceful assembly through the reform of the articles referring to the Right of Assembly, without in any case the absence of prior communication preventing the exercise of of the right as long as it is in a peaceful way ". In addition, always according to United We Can, they have agreed to apply "proportionality criteria" of the economic amount of the fines so that they adapt "to the economic capacity of the company."