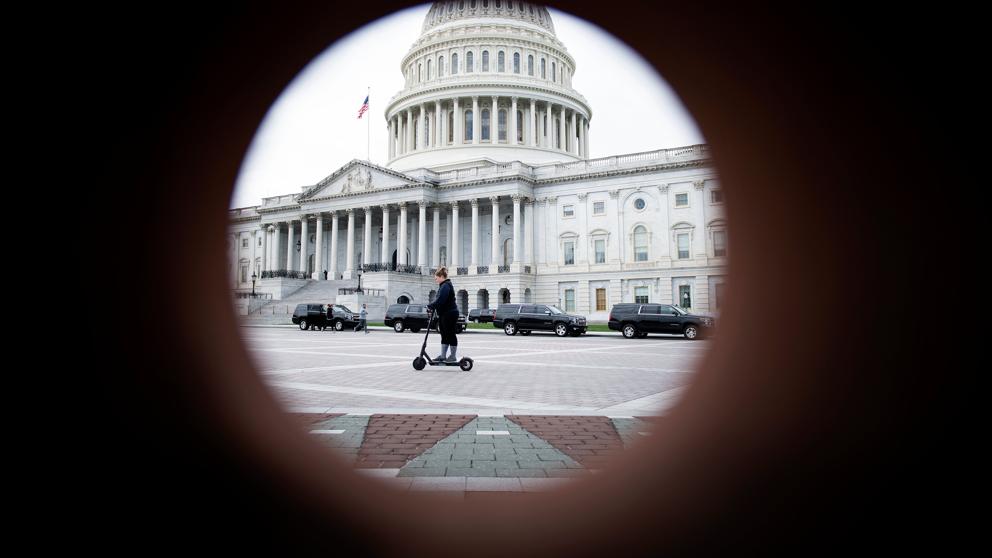 A money injection unprecedented for an unprecedented situation. U.S yesterday agreed a stimulus plan equipped with two trillion dollars to cushion the consequences of the crisis of the coronavirus, the largest economic rescue plan in the history of the country.

The agreement includes direct aid to families, funds to improve and expand coverage of the unemployment to cover workers who would not normally receive it, as well as hundreds of billions in the form of soft loans to Business, in some cases non-reimbursable, and funds to help states and cities cope with the health consequences of pandemic of the Covid-19.

“This is not even a stimulus package. It’s emergency aid, that’s what it is, “declared the Republican Senate Majority Leader, Mitch McConnell, in the early hours of Wednesday, after reaching an agreement with the Democrats on the content of the plan previously negotiated with the White House. “It is an investment at the level of wartime (…), the Senate going to make sure that the men and women of this country have the ammunition they need “to beat the virus, he said.

The aeronautical giant Boeing, already in trouble before the crisis, will be able to access the aid

The priority of the crash plan is to get money to families quickly to compensate for the poor social protection it offers
the system in the United States. The agreement includes the sending of a single check that in the case of a family of four would amount to about $ 3,000 ($ 1,200 per adult and $ 500 per minor child), an aid from which the highest incomes would be excluded.

The plan plans to add $ 600 a week over a four-month period to the unemployment benefits offered by the states. At the request of the Democrats, workers from the gig economy or collaborative economy (food delivery people, taxi drivers …) and the self-employed.

Waiting for the impending Senate vote, reluctance arose on the Republican side: With the law, Lindsey Graham criticized, many Americans will earn more in unemployment ($ 24 an hour, he calculated) than in their usual jobs. “If it’s not a graphic error, it’s the worst idea I’ve ever seen in Washington.” Senator Bernie Sanders has warned Republicans that if they do not withdraw their reservations, he is prepared to block the law until more conditions are put in place for companies taking advantage of the bailout plan.

For small and medium-sized companies, $ 367 billion is foreseen in the form of soft loans that in some cases will not have to be repaid if they are used to keep their employees on staff. Especially difficult to negotiate has been the $ 500 billion fund provided for large companies, an aid in the form of loan guarantees that in some cases will also be non-repayable. Aid to airlines amounts to 58,000 million. Hotel chains or cruise companies may also take advantage of it.

The Senate has included in the rescue plan a caption dedicated to “companies critical to the maintenance of national security” tailored to the aeronautical manufacturer Boeing, which has just asked the government for a rescue of 60,000 million dollars. The company was facing serious difficulties even before the coronavirus crisis due to the security problems of its 737 MAX. With the proposal agreed yesterday, Boeing will have access to a loan line of 17,000 million.

After the experience of the megacars of the 2008 recession, more conditions have been put for companies that avail themselves of the aid. They must, for example, protect employment, forego share buybacks for the duration of the credit and assume limits on bonuses for their executives. The proposed law prevents aid to companies owned by members of the executive and legislative branches as well as senior government officials, including their partners and children, which will leave the Trump Organization outside the umbrella of the plan.

The plan plans to inject $ 150 billion into the health system and support states and cities with another $ 150 billion. The proposal is “terrible” for New York, said its governor, Andrew Cuomo. The cast foresees 3,800 for this state, the national epicenter of the pandemic, and 1,300 million for New York City, but the expected drop in tax revenue exceeds 15,000 million. The agreement was to be voted on last night by the Senate and then go to the House of Representatives. It is unclear how long this step will take, the last before the law reaches the oval office for President Donald Trump to sign.

Although the figures are low in absolute terms in relation to the country’s population, the rate of infection is still accelerating and the World Health Organization believes that the United States. It has the potential to become the next global epicenter of the pandemic. There are more than 62,000 confirmed cases and 869 deaths, most concentrated in New York State, although others, such as Louisiana, have raised the alarm.