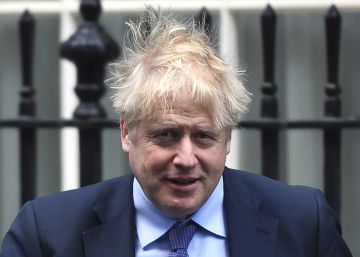 The government of Boris johnson He has decided to lower his claim to impose a hard hand on the internet giants. The Ministers of Digital Affairs and Interior, Nicky Morgan and Priti Patel, have finally presented the proposals to control the harmful contents that circulate through social networks (specifically, those dangerous for minors or those related to terrorist activities) and their scope It is much less ambitious than what was anticipated a year ago at the start of the public consultation period. A clear signal, the British media have interpreted, that Downing Street wants to avoid a conflict with American industry in the post-Brexit era, when Johnson’s will is close a new trade agreement with Washington and bet on innovation and technology as the growth engines of the United Kingdom.

The first sample of assignment has been the announcement that a new regulatory body will not be created to control the contents of the Internet. The Johnson Government suggests that this task will fall to Ofcom, the agency that already regulates the activities of televisions and public and private radios, as well as telecommunications companies. “With Ofcom at the forefront of a firm and proportionate regulatory regime, we have an incredible opportunity to lead the rest of the world in boosting a thriving digital economy, based on advanced technology, that protects and is trusted by all citizens of the Kingdom United, “Morgan said.

Ofcom has never faced content monitoring, much less the protection of user security. Its designation as a new “vigilante” of the networks in the United Kingdom raises serious doubts, both regarding its technical capacity to control such a vast area as for its definitive sanctioning authority.

Because the second signal that Downing Street wants to avoid a confrontation with Facebook, Google or YouTube has become clear when the ministers have announced that a second phase of public consultations will be opened, “until the spring of 2020”, before making a decision on Future sanctions The key lies in the final will of the Government to provide the regulatory body with the capacity to implement criminal proceedings, personally identify specific executives of the companies or even unilaterally adopt the decision to block their contents. “The only thing that will convince us that this project is not wet paper will be the specific designation of the responsibility of the directors, accompanied by criminal actions.It is all or nothing, and it will not work if they do not have a regulatory body with the instruments that allow them to face the big technology companies, “said Andy Burrows, the online security spokesman for the children’s advocacy organization NSPPC.

The case of Molly Russell, the 14-year-old girl who committed suicide in 2017, caused a clamor in British public opinion in favor of greater regulation of social networks. His parents found in the Instagram account the least content and unsettling messages about depression and suicide. Digital platforms insist on their ability to self-regulate, although in recent years there have been new cases of online abuse of minors.

Not everything is critical to the efforts of the Government. The Barnardo association for the protection of minors in the United Kingdom he has shown his willingness to collaborate with Downing Street and has welcomed the advances announced. “We cannot expect minors to defend themselves. We need a regulatory law in force as soon as possible. And for this, we must have the necessary competencies for its effectiveness and to demand responsibility from large companies,” said the president of the association Javed Khan

In the background of the debate is the tension between Dominic Cummings, Johnson’s top advisor on Downing Street, which is driving a large-scale renovation in the UK economy in which technological innovation would be a fundamental key, and the Minister of the Interior, Priti Patel, a policy of very conservative ideas that has nevertheless made flag of the fight against child abuse on the internet. “The Internet can be the tool to connect people and boost innovation,” said the minister, “but also the place where criminals hide, pedophiles included, capable of causing great harm.”

The situation in the EU

The United Kingdom has begun to walk a digital path on its own shortly after reaffirming Brexit. The countries of the Union can also introduce national laws to regulate the Network, although, as it maintains Natalia Martos, founder and CEO of Legal Army, it makes little sense to move away from a common strategy. “Spain has sovereignty to elaborate these norms. Quite different is that you must then submit to the legislation passed in Brussels. It would be a bit imprudent to legislate with this independence, ”he says. This is what happens with the sectoral regulations, such as the prohibition of advertising tobacco on the internet and the determination of on which websites and in what time slots alcoholic beverages can be advertised according to their graduation.

The regulations that regulate the internet minimally in Spain have become outdated. The Law on Services of the Information Society and Electronic Commerce dates from 2002, fruit of a European Directive approved two years before. As Martos comments, the most relevant part is the part that refers to the legal responsibility of the editors of a website about its contents. “They are not responsible unless they have an effective knowledge of the content added by third parties. That is, if on Facebook or Twitter they publish something abusive, that incites hatred or is macho, and warns them, they are responsible for what circulates there, ”he says.

The community position has intensified in recent years thanks to its court. Two sentences, for cases reported in Estonia, have taken into account the profit obtained by spreading criminal behavior in an internet forum. “If sales go up and the publisher maintains the content, he can be accused, as the justice of the European Union has done. With such an old regulation, it is normal for jurisprudence to increase responsibility in some way, ”explains Martos, who advocates improving the legislation and adapting it to all the changes of the last two decades.

In Europe, clarifies the founder of Legal Army, there is some reluctance to power amassed by American technology giants. Some experts even talk about digital warfare. The data protection regulation, in force for almost two years, is a clear example of these intentions. “Competition Commissioner Vestager is facing these companies. I would not be surprised if it promoted some kind of regulation. It is a way to avoid the massive spread of criminal behaviors, ”he concludes.

Digitization matters, at least according to speeches, both in Spain and in the Commission. The laws that are to come will review content outdated by the great evolution that the Internet has experienced. Martos is clear that they will begin with soft control mechanisms, such as codes of good practice, to make the leap to mandatory regulation. A regulation that will always combine rights and freedoms in the publication of content with legal restrictions. “The same happened with the data regulation and user privacy protection. It is an obvious concern given the drifts that the Network has taken ”, ditch.