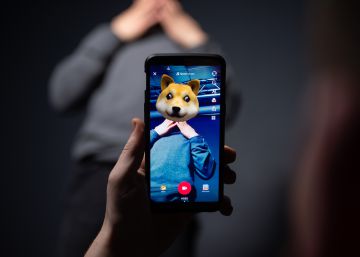 The United Kingdom has joined the United States in the investigation of the application of videos TikTok for the use of the data of its minor users. The British Parliament has opened a parliamentary commission to analyze the use of private information by this application of Chinese origin.

Is app is a social network for the exchange of edited videos, generally in a very elaborate way, that allows to apply effects and music, and with a maximum duration of one minute. To register in this application you need a minimum age of 13 years; However, there is no system to verify that this is true, so cheat the software It is not complicated for minors.

The controversy with the data of minors is not new for TikTok LThe Federal Trade Commission (FTC), the body that regulates and protects consumers in the United States, has fined the company with $ 5.7 million for illegally collecting information from children under 13, without the consent of their parents. He has done so after several notifications to the company about the significant percentage of users below the allowed age and after the complaint of parents of the users. This sanction has motivated the British parliament to open the investigation, according to the newspaper The Guardian.

The data is not the only problem that the Asian company has faced: Bytedance, the company that is behind the app –and that he also acquired the Musical.ly video app– has already had to deal with different problems with the authorities due to the inappropriate content of some videos, so it was banned for a while in India (which currently concentrates a fifth of the users of the app).

Different studies of the agency We Are Social they explain that TikTok It has 500 million users and 188 of them have registered in the first three months of 2019. However, according to the entity that studies social networks, the application generates a great impact in Europe and, especially, in the United Kingdom, where they have a headquarters. The boom of this app is not insignificant, as brands such as Coca-Cola and Burberry bet on advertising in it.

The platform has taken different measures to promote its privacy and security policies during the first months of 2019. Among these actions, the application has added the possibility for users to apply filters to comments and prohibit words that they deem inadequate. In addition, a section on its website addressed exclusively to parents they include warnings about what they see of their children's profiles – even if they have private profiles – and a list of organizations that fight against harassment (bullying) and that prevent suicides in adolescents.

"We cooperate with organizations such as ICO to provide relevant information about our product and support their work. Protecting data is a priority for TikTok", Explained the company to American television CNBC.

Security in mobile applications for minors worries the British authorities. Earlier this year, the UK asked other companies such as Tinder and Grindr about the security measures that existed in these apps for minors, something that also investigated the Civil Guard in Spain.