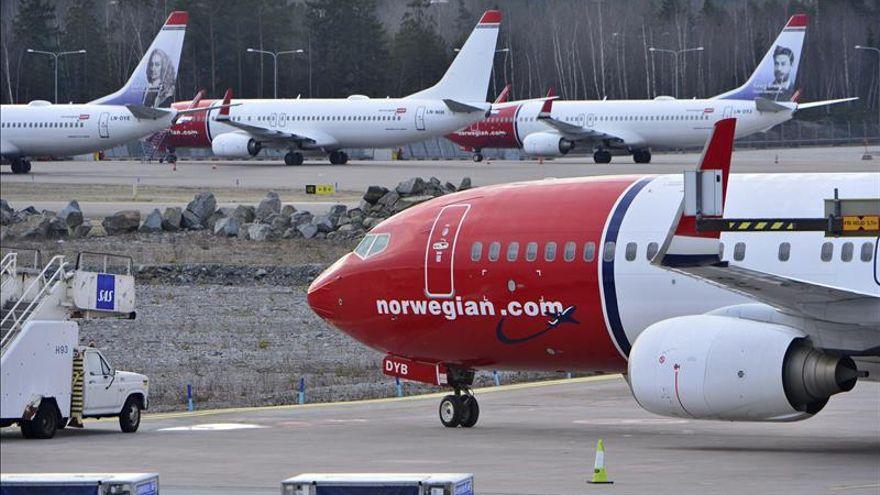 Agreement between company and unions in the Norwegian ERE. USO, on behalf of the cabin crew (TCP), and the Spanish Union of Airline Pilots (Sepla) have announced this Monday the pact with the airline in the employment regulation file (ERE) after reducing the magnitude of the dismissal collective and improve some conditions of the initially proposed by the company. The number of workers affected by the ERE is reduced to 974 people from the 1,191 that the company announced at the beginning.

Specifically, this preliminary agreement reduces by 200 cabin crew and 16 pilots the workers who were initially going to be included in the ERE announced by the company. The collective dismissal continues to be of an important magnitude, since it supposes the exit of 975 workers of the 1,406 that make up the workforce in Spain.

The Sepla union values ​​that the agreement ensures at least "the maintenance of the two Norwegian bases in Spain in Malaga and Alicante, with a plane in each of them", therefore "the bankruptcy, which has flown over the entire process, is thus discarded ", they emphasize.

"The negotiation margin has been very limited from the beginning, given the financial situation of the airline," they add in Sepla, from where they argue that the text "tries to alleviate in part the brutal consequences of the collective dismissal, although it is true that the situation continues to be dramatic for all the crew members affected. " USO also points out that it has been a "difficult negotiation" and asks Norwegian "not to disappoint its workers in Spain again, after hard years of constant restructuring, and to keep its business commitments".

In addition to the reduction in the number of departures, the unions point to some agreed improvements that change the initial plans of the airline. The assignment to the ERE will be initially voluntary, as the first criterion, and forced, until the file is covered. "200 relocations will be offered for cabin crew at the Oslo base, with financial compensation for transfer and employment guarantee," says USO.

For its part, Sepla highlights the increase in "severance pay: from the legal minimum of 20 days per year worked to 30 days."

On the other hand, a total of 234 workers will continue to provide service at Norwegian's bases in Malaga and Alicante and will not be affected by the ERE. An ERTE will be negotiated for economic, technical, organizational or production reasons (ETOP) from July 1, 2021 to March 31, 2022 until the current activity of two aircraft goes from the current activity to a total of six aircraft in the respective bases. .

"Compensation will be paid for the transfer of the work center and a supplement will be paid to the unemployment benefit during periods of ERTE", reports USO, which adds that "the use of foreign crews in Spain will be limited as long as there are workers in ERTE" .

It will also create "a job bank for pilots affected by the collective dismissal for future reinstatements in the event of production growth" and will provide "access, by the dismissed pilots, to simulation and training programs with a bonus on its cost ".