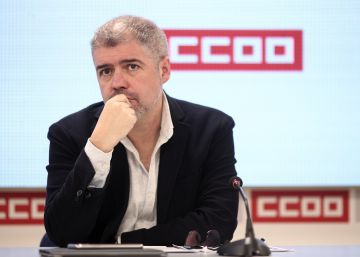 Unions and businessmen have very different positions on the minimum salary and if it should go up or not. On the other hand, they do agree on one thing: the concrete decisions that are made about this must be discussed and negotiated in the social dialogue between the Government and the social agents. "I have nothing to say about a generic formulation, which is also in the program of the parties, but I think they would be seriously wrong if they decided to do it by political means," warned the secretary general of CC OO, Unai Sordo, this Friday at a press conference. "That has its channels," official UGT sources point out, in clear reference that they should be at the table.

Nor do the employers CEOE and Cepyme like the possibility of being displaced from those negotiations in which they usually have them, at least to give them the information before making it public. "Except last year," recalls the president of SMEs, Gerardo Cuerva, referring to the agreement between the PSOE and Unidos Podemos that raised the SMI by 22.3%. "The Government itself has already recognized that this was a mistake," he continues. The same opinion is expressed by the president of the great employer, Antonio Garamendi, who asks for negotiations in the social dialogue: "Another thing is that we do not reach an agreement later."

Almost every day, information appears that the PSOE and Unidos Podemos are including the minimum interprofessional salary in the negotiations on the government pact. This Friday the Cadena Ser pointed out that the option of setting a path to raise the SMI up to 60% of the average salary is on the table, according to the European Social Charter. The negotiators point out, Efe collects, that that would mean going up to about 1,000 euros this year and going up during the legislature until reaching 1,200.

Both UGT and CC OO think it is good to talk about raising the SMI and setting the goal of 60% of the average salary. That is a goal that they have been claiming for a long time. "We share that there is an itinerary, but we do require that we have social agents," he said. Among the reasons why Sordo sees it necessary to be concrete is in the social dialogue is that "we must first agree with the data". "60% of the SMI are not 1,200 euros. They are a little more than 1,000 euros," he said. Subsequently, he has specified that the data that goes to CC OO taking the average salary of 2018 that leaves the 2018 EPA is 1,003 euros per month or 14,042 euros per year.

The unions have been demanding the Ministry of Labor for days to summon them to negotiate the update of the minimum wage. For that they sent a letter at the beginning of the month claiming that they be called to address the issue. However, this meeting, which usually occurs every year, has not yet taken place.