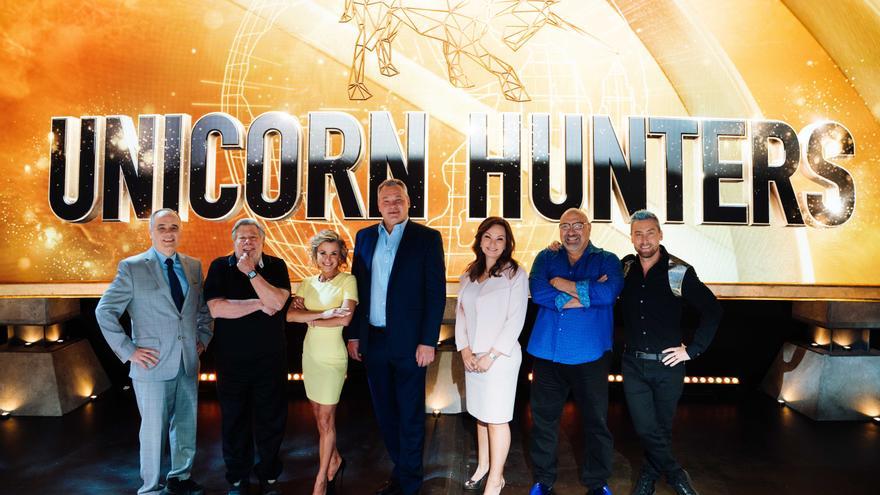 New York, May 10 (EFE) .- Giving "normal people" the opportunity to invest in the "next Facebook" and opening the doors of capital to entrepreneurs who want to fix the world is the goal of "Unicorn Hunters", a new reality series that premieres this Monday on various streaming platforms.

"We can change the dynamics of the market and empower people, to empower entrepreneurs, to change the world," one of the program's hosts, Silvina Moschini, the only Latin American entrepreneur who founded a "unicorn" ( "startup" of 1,000 million dollars before going public, about 822 million euros at the current exchange rate).

The series, funded by his remote work management company TransparentBusiness and produced by the creator of popular "reality shows" such as "The Apprentice" or "The Masked Singer", Craig Plastis, seeks to create a new television genre that combines entertainment with investment opportunities, the "enrichtainment".

The idea is that viewers can invest early in companies with great potential before going public and thus obtain high investment returns, as with Uber, where for two initial investors $ 5,000 (about 4,100 euros) became 25 million dollars (more than 20 million euros at the current exchange rate) after starting to trade.

"We believe that with this we can 'hack' the financing system and give (the opportunity) to normal people like you, like me, who say: 'look, I have a few thousand dollars, or a hundred dollars to start, and I want to invest it on the next Facebook before it's Facebook, '"he explained in a videoconference.

Similar to the popular American show "Shark Tank", "Unicorn Hunters" has almost a dozen hosts who are experts in different areas, "the best of each category", among which Steve Wozniak, the co-founder of Apple, stands out.

"Wozniak is never on television and is a very private person, he defines himself as a 'non-investor', and said: 'I want to see the next Apple from the base of creation,'" said the entrepreneur.

In the panel, in addition to Moschini, two other Latinos stand out: Rosie Ríos, a former United States treasurer in the Barack Obama Administration, and Moe Vela, an advisor to Joe Biden when he was vice president of the country.

Ríos told Efe that it will be possible to invest through "crowdfunding" thanks to the legislation of the JOBS Law that facilitates the raising of capital by small companies and that was approved in 2012, a year after the United States Treasury , under his charge, hold a Capital Acceptance Conferences from which the basis of that legislation would be derived.

"It feels wonderful that everything returns to the starting point and that I can actively participate in its implementation," added Ríos, who stressed the importance of more women accessing "areas of money and power."

With the aim of finding new "unicorns" - there are about 600 in the world - the experts will look for companies that have a positive impact on society, are aligned with the Sustainable Development Goals, take care of the planet and generate value for shareholders, among other points.

"Unicorn Hunters", said the producer, can "change the reality" of entrepreneurs around the world who do not have access to large capital funds or Silicon Valley: "You belong or not. Most entrepreneurs did not leave Stanford nor are they cousins ​​of someone who tells them: 'I'm going to give you money.'

On the other hand, Moschini conceives the series as a "Trojan horse" to mass investments through a "fun" program that will be complemented with a platform with content, information, educational resources, community and a "transactional" component for " speed up "business.

It assumes that the project is going to "annoy people", as happened with the GameStop phenomenon and disruptive technology models of the stock market like Robinhood, but it considers itself "ready": "the establishment, traditional silver, is not going to be super happy , but good thing that it does the things better ", concludes.

The six-episode first season will premiere on the unicornhunters.com platform, LinkedIn and YouTube, and will later be distributed on Amazon Prime Video.