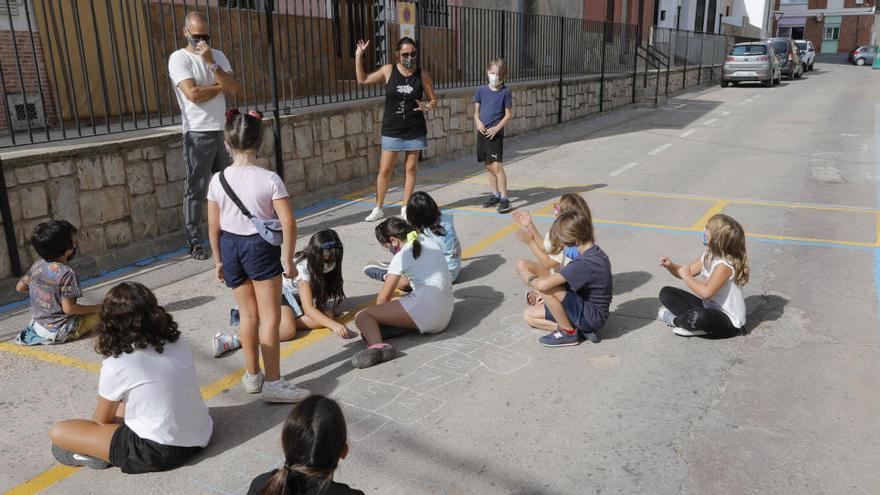 The United Nations Children’s Fund (UNICEF) has warned this Wednesday before a possible “lost generation” of children, as Covid-19 threatens to cause “irreversible” damage to the education, nutrition and well-being of children around the world.

In a report published by the international body on the eve of the celebration of World Children’s Day, UNICEF warns that the pandemic will have increasingly serious consequences for children, who represent one in nine infections by Covid-19 registered in the world, contagions, which on the other hand, are increasing, he reviews.

While the symptoms among the infected children remain mild, UNICEF focuses on the long-term impact on the education, the nutrition and well-being of an entire generation of children and youth can change their lives.

“Although children can get sick and can spread the disease, this is only the tip of the iceberg of the pandemic,” recalled UNICEF Executive Director Henrietta Fore.

The interruptions in basic services and rising poverty rates they represent “the greatest threat to children” and, the longer the crisis persists, “the more profound will be its consequences on the education, health, nutrition and well-being of children,” according to Fore.

“The future of an entire generation is in danger,” Fore stressed, who recalled that “children must always come first”, for which he has asked governments, allies and the private sector to “listen to minors and prioritize their needs. ”

The report points out that, as of November 3, children and adolescents under 20 years of age accounted for one in nine Covid-19 infections in 87 countries – those with data disaggregated by age – which is 11 percent of the 25.7 million infections reported by those countries.

UNICEF considers that “schools are not the main factor of transmission in the community, and children are more likely to contract the virus outside of the school setting “, so “the net benefits of keeping schools open outweigh the costs of closing them.”

Until November 2020, 572 million students were affected by school closings nationwide in 30 countries, or 33 percent of the world’s enrolled students.

However, the “most serious” threat to children is COVID-19-related disruption in health and social services.

In this sense, the report, after conducting surveys in 140 countries, concludes that around a third of these have had a 10 percent reduction in the coverage of basic services, while the coverage of nutrition services for women and children has registered a 40 percent decline in 135 countries.

To avoid this “lost generation”, UNICEF has urged governments to ensure that all children can learn, by implementing measures focused on reducing the digital divide, and guaranteeing access to health and nutrition services, as well how to get affordable vaccines.

Too support and protect Health , put an end to abuse, gender-based violence and neglect and redouble efforts to protect and support children and families living in situations of conflict, disaster and displacement.