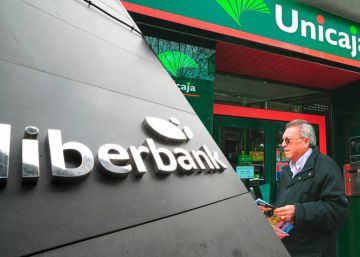 Unicaja Banco meets this Monday the council of administration, which has yet to decide on its merger with Liberbank. This meeting will be preparatory since it will be the councils tomorrow Tuesday in which approval will be given to the merger of both entities. In this way, you will avoid return
to audit the accounts of both entities, something that would have happened if a merger agreement had not been reached before year-end.

Financial sources have assured Five days that except unexpected surprises I already know has finally closed the operation, who had run into difficulties in recent weeks over the governance structure of the resulting bank. The main stumbling block in recent weeks was that of governance after the European Central Bank (ECB) claimed that the executive presidency, agreed to be held by Manuel Azuaga, who occupies this same position in Unicaja, would only have a period of two years , after which the president would cease to be an executive.

As a result of the ECB’s claim, Unicaja Banco demanded that the position of CEO, which will be held by Manuel Menéndez, CEO of Liberbank, should then fall to the Malaga entity, which was not accepted by the firm headed by the disappeared Cajastur , as this newspaper advanced.

This difference has almost ruined the merger project, although in the end yesterday they reached an agreement for Menéndez to be CEO of the future entity until 2023, the year in which this position will be subject to renewal and Menéndez may be re-elected.

The operation will mean the creation of the fifth Spanish bank, which would add 100,000 million euros of total assets.

The exchange equation, which marks the weight of each entity in the new bank, was set at 59.5% for Unicaja, based in Malaga, and 40.5%% for Liberbank, which has its main central service in Asturias. The brand will be that of Unicaja, and the Malaga headquarters.

Both banks have negotiated their union in this last quarter of year after formally resuming conversations after an attempt failed in 2019.

Unicaja is based mainly in Andalusia and Castilla León, while Liberbank is the sum of Cajastur-Banco CCM, Caja Cantabria and Extremadura Box.

The new entity will mean the closure of more than 400 branches and the departure of some 2,000 employees