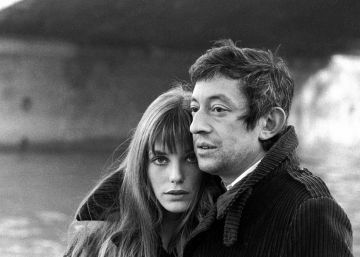 It is not a genre, but no one doubts that it could be. Sensual songs, designed to incite friction, are a reality in the history of music. Over the decades, different artists have composed songs with which to unleash their sexual impulses. A way like any other to compose and perform as creators.

After confinement and with the arrival of summer, it's time to undo sheets. Take advantage of the hot summer nights to listen to those songs that awaken the right spark. The spark to light the fire. What better than to select a whole sample of compositions of different styles that were conceived in order to cause fires between people.

Soul was always an expression of the African-American spirit, but also a celebration of carnal music in a community that shied away from its injustices and everyday problems with songs. Powerful sounds to express the vicissitudes of life, including sexual. Great authors like Marvin gaye, Barry white and Al Green they specialized with their sophisticated soul in sounding suggestive, in being attractive with compositions sung with hypnotism and perfectly arranged to melt the staff. This musical selection includes them, as does Michael Kiwanuka, the last great soulman heir to those colossi and who has followed this trail.

There are also female songs on this list that, from their respective styles, have sung to the touch with determination and quality. Eternal voices like Janis joplin, Dusty Springfield and Mine they have contributed some of the hottest and most beautiful songs in memory. Currently, there are musicians and groups that have left a catalog of good compositions in this regard. Father John Misty and Ryan Adams have been true goads for such valuable preliminaries since they began. And even more The XX, a group is are a genre unto itself. If the name of the band already invites carnal sin, their music even more so. They learned from one of the greatest romantic colossi: The Smiths. They all sound in this selection that, of course, has the most played song for those fantasy nights: Je t'aime ... moi non plus, sung by Serge gainsbourg with Brigitte Bardot, in the original 1967 version, and with Jane Birkin, in which she would go down in history in 1969, année érotique. They strip between stanza and stanza. And we with them. That is also music and life.