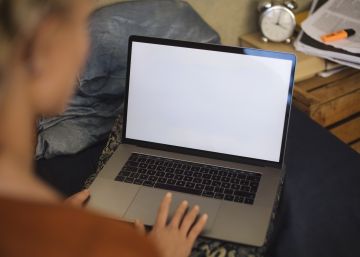 I do not know at this point in history the accounting of the individuals of the human species who have died or, in other words, the number of dead people that humanity has accumulated. The Greeks called the majority of this community of those who already left permanently. We know very little about the vast majority of them and their products. It is impossible to get an idea, regarding the latter, of the lost texts, of the valuable works from the literary or philosophical point of view that we have not even obtained news about. Not to mention the good ideas that remained in said words, with no other testimony than the fleeting memory, already extinguished, of those who heard them.

We have had news of a few of those lost works. We know, for example, the case of that writer who, having let someone close read the newly written novel, finally decided, dissatisfied with the result, to destroy it, or that of another who lost a book of poems and who, although later he devoted himself to reconstructing his verses by heart, we will never know how faithful he was to his first creative impulse. We also have every right to suspect the presence of some treasure abandoned in the office of a publisher or a literary agent, to which they did not pay enough attention and never saw the light (the suspicion is at the origin of the book of David Foenkinos The library of rejected books, which served as the basis for a movie with the same title). How can we conjecture about the existence of jewels whose own authors never finished appreciating to the point that they did not dare to expose them to the critical consideration of any reader and preferred to languish in a drawer or in a file on their computer, until finishing fading into oblivion.

This type of episodes and other analogues were referred to Javier Marías in one of his brilliant articles in EPS ("The beats of that mind", March 9, 2020)evoking a conference of George Steiner which I had been fortunate to hear at a seminar in Cambridge in 1987. Reading it, I thought that this list of works lost forever could be complemented by another list of authors lost forever. I am not referring to those, who disappeared prematurely, who managed to leave us the evidence of their unquestionable worth, but to those others who remained in the making, who for one reason or another did not even acquire the status of authors minimally known to the general public .

I am sure that many readers should have the feeling that they have met one of those unborn authors. I have met two, whose status as such does not give me the slightest doubt. One of them, a classmate from early childhood and adolescence, Ricardo F., gathering all the intellectual virtues necessary to have a remarkable public career, decided to dedicate himself to non-university education, first in vocational schools and then in institutes. of high school. His students benefited from a magnificent teacher, but society as a whole lost an author who surely could have contributed a lot (in fact, a couple of texts published late, after his retirement, prove it).

Very similar things could be said about Pep S., this time a fellow student already at the Faculty, and I am completely sure that many students who coincided in the courtyard of Letters of the University of Barcelona would subscribe to them. Of all of us he was, of course, the brightest and best educated, with an insatiable eagerness as a reader and with a genuine passion for thought. We were all convinced not only that he would end up pursuing an academic career, but that he would have an outstanding public record as an intellectual. That both assumptions had a real basis, he proved when he finished Philosophy. But finally, as in the case of Ricardo F., he let it be.

From what I have learned about them, neither of them is regretting their decision. Both have had lives fulfilled and are reasonably satisfied with what they have done with them. The melancholic consideration, that is, the longing for what could have been and was not, comes more from its frustrated readers, that is, from those we knew of the potential of its qualities, than from themselves. It would be necessary to reflect on that sadness projected on the lives of others.

Because deep down, beyond the lament, in principle understandable, by some unwritten books, we may possibly find ourselves here before a case that we could typify as identity melancholy, that is, of longing for who could have been and was not. This peculiar melancholy is somewhat less understandable than the previous one (unless the one who longs for another identity is oneself, of course). Apparently, some do not think that there are those who do not consider synonyms to be happy and to be known (not even by the readers). And even less that they are actually considered antonyms.

Tags: authors, Book, born, case, find, know, lament, power, to be, to have, to lose, to write, Writer, yearning