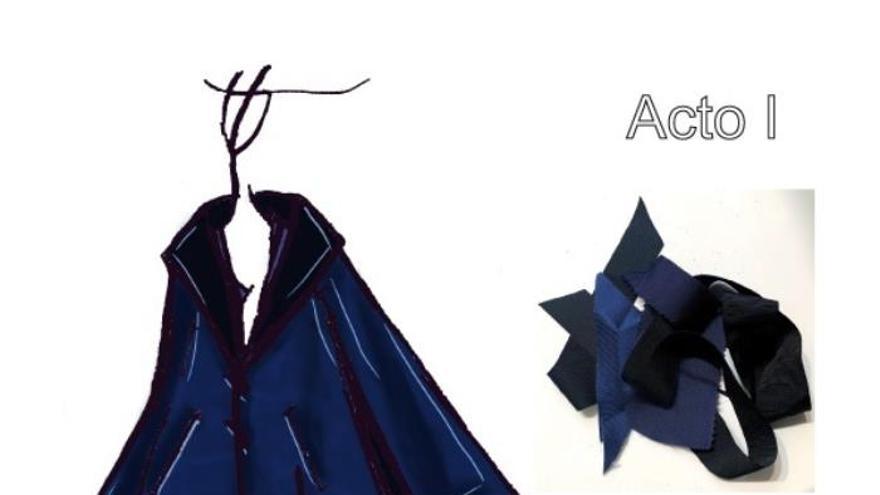 Madrid, Jul 5 (EFE) .- The designer Ulises Mérida has created the costumes for Floria, the main protagonist of the opera “Tosca” by Giacomo Puccini, classic designs cut on the bias with architectural elements for “a passionate woman who loves and thrills “.

“I’m happy with this job,” Ulises Mérida told Efe this Monday, and even more so after the historic encore performed by the American soprano Sondra Radvanovsky at the Teatro Real.

“Dressing Floria has been a dream,” adds Mérida, who has tackled this project “based on the fact that the protagonist is a diva who moves, who loves, who is moved.”

Mérida bets on deep blues and black in the first act. For the reds in the second, and leave the black for the end of the tragedy.

She recognizes that the greatest difficulty has been creating dresses that help the soprano in her performance and that also do not clash with the scenery.

In the first act, Floria appears with a design in blue and jet tones. “A dress and a cape with woolen cloth and black touches on the cuffs and neck”, a work inhabited by the flowing silhouettes and the collar of his iconic white shirt, Bettina.

For the second act, the Toledo designer has created an iridescent chiffon base dress and feather shawl in red and orange tones. A creation finished off with a colorful side flower, “an element that offers difficulty”, since it has to be well sewn to stay upright and at the same time that it is easy to detach during the performance.

In the third act, the clean accessory dress is covered with a very elegant black chiffon kimono that falls over the body in a majestic way, a piece with which Floria interprets the famous aria “Vissi d’Arte”, which before Radvanovsky assumed other great voices like that of María Callas.

It is not the first time that Ulises Mérida designs the costumes for an opera. He also collaborated with Paco Azorín, stage director at that time in “La Traviata”, represented at the Peralada festival in 2019.

With the musical direction of Nicola Luisotti, a triple cast will carry out the 16 performances of “Tosca” until July 24, with the sopranos Sondra Radvanovsky, Maria Agresta and Anna Netrebko in the main role, “whom I have not yet been able to do. costume fitting, “adds the designer.

Three designs for three current opera divas -Radvanovsky, Agresta and Netrebko- that are added to his successful show in the last edition of the Madrid catwalk, in which he presented the “Libre” collection made by women from the training workshop of the Association for the Prevention, Reintegration and Care of Prostituted Women (Apramp) as a way to reintegrate into society.

Queen Letizia chose one of the designs from that collection for the meeting with the board of the Fundación de Ayuda contra la Drogadicción (FAD).