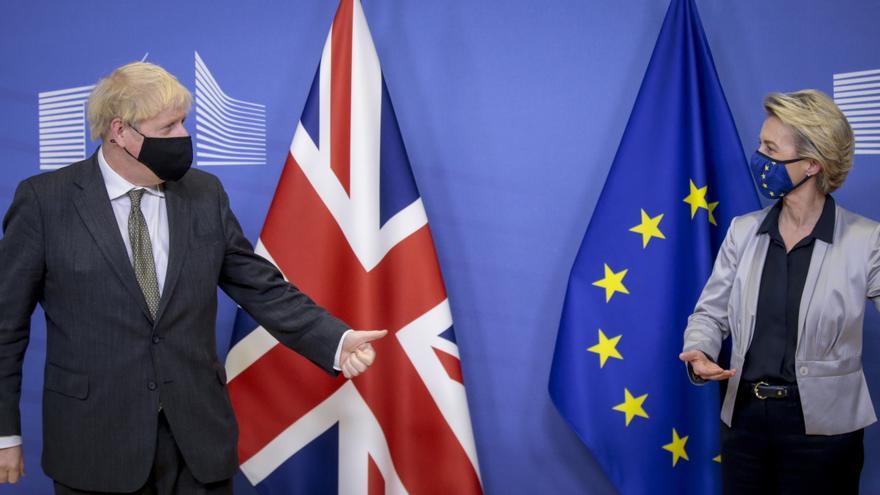 The United Kingdom Government has asked the European Commission to extend the Brexit grace periods until 2023 on trade controls between Northern Ireland and the rest of the United Kingdom to adapt to the new situation, as reported by the BBC.

Currently, the normal European Union rules on customs and products are not fully applied at the Irish Sea border, but the first grace period of all those agreed with the EU expires at the end of March. As Minister Michael Gove has pointed out, there are “serious problems” with the Northern Ireland protocol.

The United Kingdom has written a letter to the EU on Tuesday night to ask that the temporary exemptions for supermarket products, pharmaceuticals, refrigerated meats and packages that cross from the island of Great Britain to Northern Ireland.

“We have to ensure that the grace periods are extended so that supermarkets can continue to provide consumers with the goods they need,” Gove said in the House of Commons on Tuesday.

This Tuesday they suspended controls on animal and food products at the ports of Larne and Belfast out of concern for the safety of personnel.

It is not the first case, the City Council of Mid and East Antrim has already withdrawn the staff from the Brexit inspection tasks in the port of Larne also for security reasons. In a statement, the City Council said there had been a “significant increase in sinister behaviors” in recent weeks, including graffiti describing port personnel as “targets” and what appeared to be attempts to gather information. worker personnel, including vehicle license plates.

The United Kingdom left the customs union and the EU single market on January 1, which allowed the free movement of goods, services, capital and people and that all the countries of the community block applied the same tariffs to goods imported from third countries .

Although the EU and the UK managed to reach a trade agreement To eliminate tariffs on trade in goods, controls have had to be established between Great Britain and Northern Ireland to prevent goods from entering the common market irregularly through this British region, as there are no ground controls between Northern Ireland. North and Ireland, which is still part of the EU.

British Prime Minister Boris Johnson on Tuesday called on the EU for “urgent action” to resolve the problems of implementing the protocol and “ensure that Northern Ireland benefits from Brexit like any other part of the UK.”