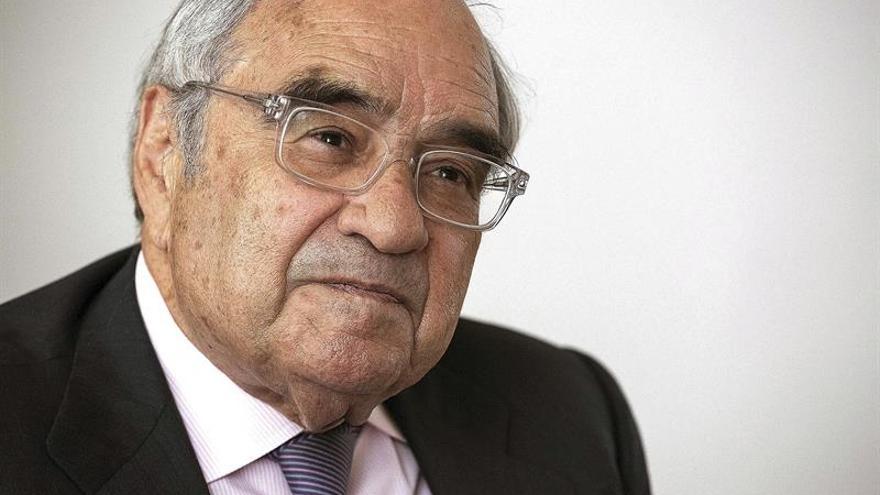 The two main unions in Spain, the General Union of Workers (UGT) and Workers Commissions (CCOO) have been unmarked dthe support of his former general secretaries to the former Minister of the Transition Rodolfo Martín Villa, who must testify this Thursday before the Argentine judge Servini in the framework of her investigation into crimes against humanity during the Franco regime. Both the former general secretaries of the UGT, Nicolás Redondo and Cándido Méndez, as well as the CCOO, Antonio Gutiérrez and José María Fidalgo, have signed letters in defense of Martín Villa. The letters were revealed this Tuesday by elDiario.es.

The General Union of Workers (UGT) has issued a statement in which it states that it does not share the messages and letters of support to the former minister during the Transition. “The union does not share the letters sent by several Spanish leaders in relation to the open case against Rodolfo Martín Villa,” he assured after thanking the Argentine justice for “for carrying out processes to clarify crimes committed during the Franco regime.”

Regarding the presence of Cándido Méndez and Nicolás Redondo, the union has stated that the opinions “correspond to absolutely personal expressions by whoever made them.”

CCOO declares itself “oblivious” to those letters

Workers’ Commissions has also expressed their distancing from the letters signed by former union leaders, such as José María Fidalgo and Antonio Gutiérrez: “The CCOO Trade Union Confederation feels alien to these letters, which have been processed as personal initiatives that the union did not know about. , and whose content does not feel concerned to value “.

Through a statement, the organization recalls that “one thing is not to do historical revisionism and another thing is to renounce knowledge of the truth about any punishable action against people and human rights that occurred in those times.”

The former minister is being investigated for 13 homicide crimes

Also the former presidents of the Government Felipe González, José María Aznar, José Luis Rodríguez Zapatero and Mariano Rajoy and the head of European diplomacy, Josep Borrell, have praised through different writings sent to the Argentine judge Servini the role of the former minister.

The former minister is being investigated for a total of 13 crimes of aggravated homicide in a context of crimes against humanity during the Spanish Transition. The Argentine justice system imputes the participation of the former minister in several massacres, such as the Vitoria massacre on March 3, 1976, in which five workers were shot dead by the Armed Police in a previously “gassed” church. The repression against the workers left more than 100 people injured, the majority by firearms. Martín Villa was Minister of Union Relations of the Government chaired by Carlos Arias Navarro.