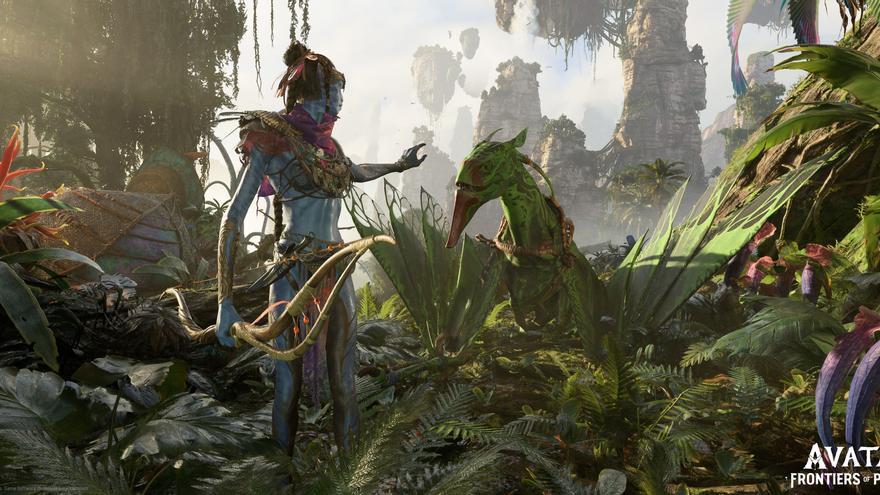 Los Angeles (USA), Jun 12 (EFE) .- “Avatar: Frontiers of Pandora”, “Rainbow Six Extraction”, “Far Cry 6”, “Mario + Rabbids Sparks of Hope” and “Riders Republic” were the main dishes on Ubisoft’s menu for E3, which uncorked its 2021 virtual edition this Saturday after skipping the previous year due to the pandemic.

The French developer has stood out in recent years for offering some of the most original and fun events at E3, which is the most important fair for video games on a global scale.

On this occasion, the great news from Ubisoft came right at the end of its presentation with the announcement of “Avatar: Frontiers of Pandora”, a game inspired by the film saga that James Cameron started with “Avatar” (2009).

This film is the highest grossing film in history (not counting inflation) with 2,847 million dollars of collection.

It was already known that Ubisoft and Cameron were working together on a game, but at E3 the name of this title was unveiled, a trailer with a spectacular aerial combat between the inhabitants of Pandora and the invading humans, and that it will be sale in 2022.

In December of that same year, Cameron is scheduled to release the first of the four sequels he has planned on “Avatar.”

The announcement of “Avatar Frontiers of Pandora” put the finishing touch to a Ubisoft event that fulfilled the pre-E3 pools by dedicating much of its time to “Rainbow Six Extraction” and “Far Cry 6”.

Thus, the new installment of the action saga “Rainbow Six” will be launched on September 16 and will propose an adventure for a player or in cooperative mode within a world invaded by terrifying aliens.

Ubisoft revealed in the preview of “Rainbow Six Extraction” two scenarios devastated by these extraterrestrial creatures: San Francisco and Alaska.

The company not only presented a trailer about a dangerous rescue mission, but also showed a few minutes of live action from “Rainbow Six Extraction” in which they highlighted the possibilities that this video game has when it is played in multiplayer mode.

On the other hand, Ubisoft shared new images of “Far Cry 6”, the game in which the villain has the appearance and voice of actor Giancarlo Esposito.

Well known for his portraits of villains in the series “Breaking Bad”, “The Mandalorian” or “The Boys”, Esposito, in an admirable hyper-realistic recreation by Ubisoft, plays here Antón Castillo, the dictator of a fictional country, Hispanic and Caribbean named Yara.

In the trailer presented at E3, Castillo catches his son Diego when he was trying to escape and mercilessly kills all those who had helped him in his escape.

MARIO AND ADRENALINE IN NATURE

This new title, which will once again cross the paths of Nintendo’s “Super Mario” characters with those of Ubisoft’s Rabbids, will be released in 2022 for the hybrid Nintendo Switch console.

In a less innocent but very exciting universe is framed “Riders Republic”, which brings together multiple adventure experiences in nature in a single video game.

“Snowboard”, mountain bike or hang gliding are some of the possibilities offered by this game that will be presented on September 2, which is aimed at lovers of adventure sports, and which moves to snow-capped mountains or desert landscapes.

Ubisoft also showed at its event the new game in its dance series “Just Dance”, which with the name “Just Dance 2022” will be released on November 4; as well as an expansion of “Assassin’s Creed Valhalla” (2020) titled “Siege of Paris”.

He also had words of praise for the Ubisoft workers.

“I am overwhelmed by their resilience, energy and collaboration, especially during this challenging year,” he said in relation to the pandemic.

In this sense, Guillemot said he was “proud” of the video game industry, which is capable of “bringing together millions of players” from around the world around moments of joy and memories.

“This is one of the real powers of video games,” he said.