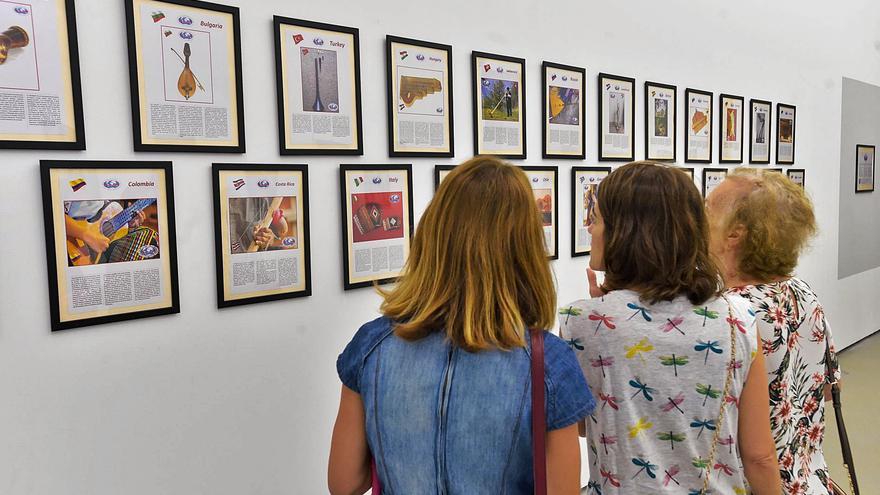 “The Vice-Rectorate for Culture does not disappear, it merges into that of Communication and Social Projection, because we realized that the social projection at the level of the projection of university culture we were doing practically the same thing, and we could nevertheless simplify the government. What does change is the concept, we want to project less entertainment culture because the University is not there for that, nor is it competitive with the many agents we have in the Canary Islands; and we chose to project a culture that emanates from the university activity itself, which is that of knowledge and science, ”said the candidate for re-election.

Robaina pointed out that in the past the basic standards of culture at the University were justified due to the deficiency of cultural spaces on the Island, but he assures that today the university cultural offer must go through other paths more linked to the academic and scientific. “At one time there was a need for cultural spaces such as the Paraninfo, but the Avellaneda did not exist, the Pérez Galdós was under construction, the Auditorium had practically no use, but now we have those three, plus the Cuyás, countless rooms, an auditorium by people, cultural agents, producers … and there the University has little to do, we are going to take refuge in a dimension of culture that is totally new, which is the culture of knowledge ”.

Lluis Serra’s candidacy promotes the cultural dimension and links it to the revitalization of university campuses through the Vice-Rector’s Office for Culture, Sports and Social Activation of the Campuses, directed by José Luis Trenzado, doctor in Physics, and founder in 2003 of the Aula of Cinema of the ULPGC, which he directed until 2015. “In my opinion, the generation and dissemination of culture and knowledge should be basic institutional goals of the universities. Therefore, the cultural dimension must be a primary objective of the strategic plan of any university institution ”, indicated Professor Trenzado.

He considers that, despite the “essential role” in the continuous and comprehensive training of the student body, the PDI and the PAS, culture has not been a relevant issue at the ULPGC in recent years. “In keeping with this, Robaina’s candidacy is reaffirmed in its model by making the Vice-Rector’s Office for Culture and Society disappear and reassigning university culture to another existing Vice-Rector’s Office with previously defined functions.”

At the same time, it points out – “regardless of the recent consequences of the pandemic” – a generalized feeling of “disaffection” towards the institution by the university community, in addition to the loss of “prestige and prominence” in the social fabric . “There are several reasons that justify that the situation has degenerated to the current point, in which a good part of the university students do not show desire to live on campus. One of them has been, for example, ignoring the essential role that a good cafeteria has as a transforming and energizing element of life within the university campus. It is imperative, therefore, to reverse the idea that the campuses of our university are mere places of passage and turn them into true spaces for coexistence. Cultural life at the ULPGC must be strengthened in order to enrich the university experience of the entire community, especially that of the students, and to increase the sense of belonging to the institution ”, he stressed.

Among the proposals for Serra’s candidacy for the next four years in this area is the creation of a Center for Cultural Initiatives of the ULPGC, “as the sole interlocutor of the university cultural proposal”; and a Unit for Scientific Dissemination of the ULPGC “that makes scientific knowledge accessible and understandable, that fosters vocations and that improves the image of our university brand.”

They are also committed to transforming the current model of ULPGC cafeterias into food health promotion services and as spaces for the development of cultural and leisure activities. “We want to tackle a paradigm shift in the provision of catering services at the ULPGC and turn these spaces into true places of coexistence and training.”

Strengthening the Scientific Publications and Diffusion Service and consolidating the ULPGC Ediciones seal is another objective “and turning this service into an authentic organ for the promotion of culture and science,” he concluded.