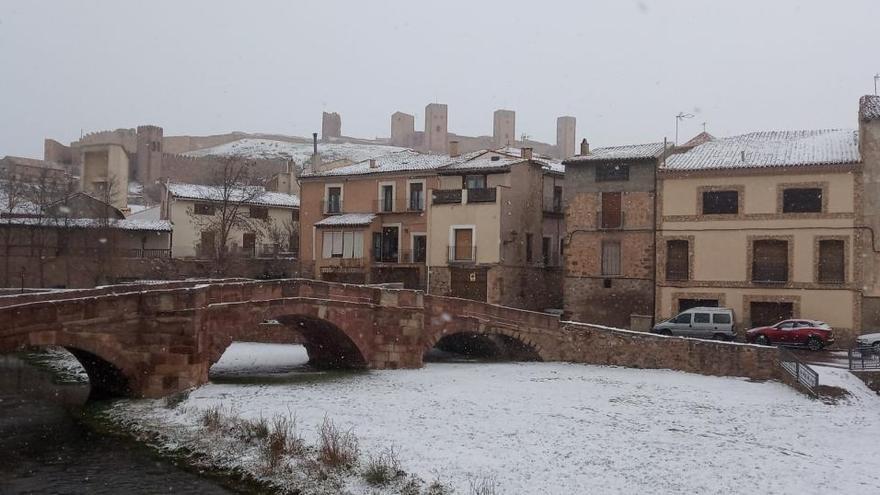 The temperatures nights have collapsed this Tuesday to exceed the 25 degrees below zero in Bello (Teruel) and in the municipality of Molina de Aragon (Guadalajara), which have experienced the coldest night since 1963, according to data from the State Meteorological Agency (Aemet).

The town of Teruel, located in the known cold triangle, this morning has marked the coldest temperature in Spain, with -25.4 degrees, at 04:30 in the morning.

After dawn on Tuesday, extremely low temperatures were also recorded in Santa Eulalia del Campo, with 23 degrees below zero at 8 in the morning, while Calamocha has marked -21.3 at 06.10.

According to the historical series of Aemet, the Teruel localities of Calamocha and Fuentesclaras hold the record for minimum temperature lowest in an inhabited place in Spain, on December 17, 1963 with 30 degrees below zero.

In the municipality of Molina de Aragón, in the Guadalajareña region of Señorío, it reached 25.2 below zero at 5:40 a.m., which constitutes the lowest thermal value since that same year of 1963.

At 10:00 this Tuesday the situation had not improved much in Molina, with 24 below zero, an unusual temperature that its mayor, Francisco Javier Montes, claims not to remember in his 43 years of life.

He explains that in 2001 it also reached -24 degrees and that, although “it is frequent that there may be several weeks a year that there are figures of -12 or -11 degrees”, they do not usually reach “these extreme temperatures.”

The mayor has pointed out that “eyelashes and eyebrows freeze with the mist that rises from the mask and the sensation is as if they were constantly pouring water into your eyes.”

The storm Filomena is already far away

Although the storm Filomena is already far from the peninsula, an anticyclonic situation favors a clear sky and calm wind that produces a drop in temperatures, according to the State Meteorological Agency (Aemet).

This situation will cause the snow that Filomena has left on the ground in various locations in the center of the peninsula it took several days to melt Given the extremely low temperatures that may continue at least until Thursday.

The minimum temperatures recorded last morning are among the lowest 5% of the reference period, according to the spokesperson of the Aemet, Rubén del Campo, who points out that “it is very unusual” for such temperatures to occur in such a large area. extremely low.

In Madrid, -7.3 degrees collected in the Retiro Park, only comparable to another similar value registered in 1981.

At the Barajas airport, -13.2 degrees has been registered, which is the lowest value recorded at the aerodrome since there is data, in 1945, and today’s is the lowest in 58 years.

In addition, eight stations located in provincial capitals have dropped below 10 degrees below zeroAccording to the Agency spokesperson: next to Toledo, Teruel and the surroundings of Madrid, those of Ávila, Cuenca, Albacete, Salamanca and Guadalajara.

Del Campo points out that when the snow receives sunlight during the day, it reflects all of this light and absorbs almost none of the heat, and that makes the cooling of the ground “very, very intense” at night.

He adds, however, that little by little the air mass so cold over the Peninsula is going to retreat, which will make the minimums slowly rise, despite the fact that there is still a lot of snow on the ground and the nights are very long.

He warns that “strong frosts” will be registered until the end of the week, especially in the eastern center of the Peninsula, although they will no longer be frosts as widespread and intense as those experienced last morning.

In social networks these days minimum temperatures measured by various networks of meteorology fans have been collected “much colder than those collected by the Aemet stations “According to the head of prediction of the State Meteorological Agency (Aemet) in Catalonia, Ramón Pascual, told Efe.

These amateurs, who often have their own meteorological station, which is usually “simpler and cheaper and with some lower reliability than those of the official services”, are associated with networks and publish their data on the Internet.

According to Pascual, who points out that “an important network” like the Valencian Meteorology Association (Avamet) operates in Valencia, There is a network of networks throughout Spain called Metroclimatic, which “has a large number of automatic weather stations.”

However, these fan data must have an official validation, because “if the data is accurate it will depend on the quality of the station and also on the representativeness of the data”, and also everything will depend on where the information is collected.

The State Meteorological Agency (Aemet) is in charge of record of meteorological data throughout the territory, but there are also three other meteorological services in the autonomous communities of Catalonia, the Basque Country and Galicia that depend on the respective autonomous governments.