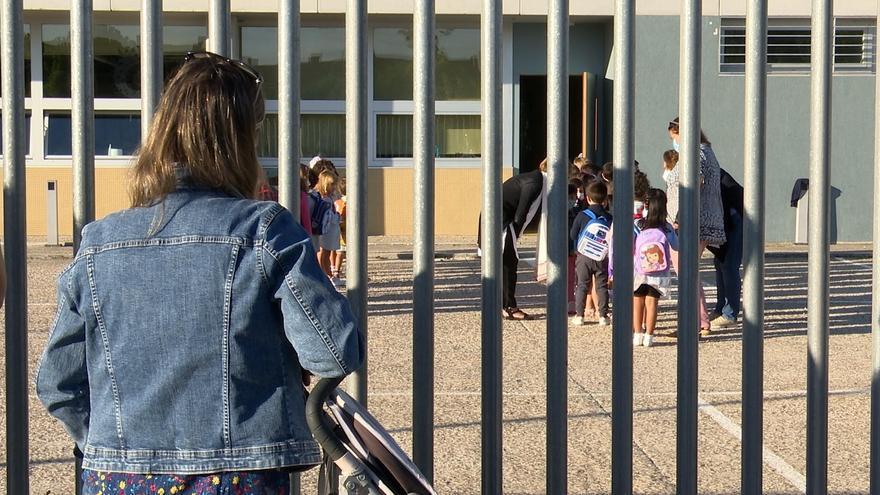 Spain has been de-escalation for several weeks at a good pace. Castilla-La Mancha and Castilla y León no longer impose any type of restriction on the population, beyond the use of a mask indoors, and in the Community of Madrid the capacity will disappear as of Monday. However, on the return to normal there are indications of two speeds. You can be inside a bar with 15 friends, but families are not allowed access to their children’s school. And it is possible to watch a game at the Santiago Bernabéu with full capacity while many pregnant women continue to go to the ultrasounds alone or no one can accompany you to an appointment with the neurologist.

The different standards with the measures do not occur in all the communities in the same proportion –Catalunya, for example, has not reopened nightlife–, not even in all hospitals or health centers in the diverse mosaic that makes up the transition to life before the pandemic.

Epidemiologist Adrián Aguinagalde calls the areas still subject to restrictions as “prioritized” and sees it as “logical” that “the restrictions persist or are maintained for longer, as long as the risk is stratified.” They are educational, health, social health and work. “These actions are not level when the incidence decreases, they are baseline, a prevention core, and they do not decline en bloc. The return in part of healthcare or hospital care is not the same. and the vulnerability is higher “, explains the director of the Public Health Observatory of Cantabria.

Elena Vanessa Martínez, president of the Spanish Society of Epidemiology, considers however that the lifting of measures could have been accompanied by the updating of the traffic light prepared by Health and which includes the indicators of risk levels now that almost 80% of the population in Spain it is vaccinated with the complete regimen. “I would say that the de-escalation is being a bit accelerated. You cannot evaluate if it works badly or if you remove many things at the same time. We know that the effect of certain measures takes time to be perceived,” he says.

Health and the autonomous communities have unanimously agreed – without the vote of the Basque Country – to return to full capacity in professional leagues (football) and 80% indoors, although drinking, eating or smoking is not allowed in matches. It happened in the same week that Andalusia announced the recovery of 100% of presence in health centers. It is the first community that raises it. Galicia opened the consultations in person two weeks ago with the premise that “they will never” be 100% again.

Primary Care health workers They urge to recover step by step the ability to “see and touch” the patient because only in this way, they say, is it well diagnosed. However, face-to-face consultations in Primary Care are not the majority after an earthquake of infections throughout the year and a half that has devastated the services. In Catalonia, for example, a prior triage is carried out by telephone. Triage at the door of the center through a mobile desk was eliminated in summer in Madrid but many appointments are by telephone. Both options are given. Cantabria maintains half and half, according to the regional government. Progress in this area, where there is more caution, is still scarce in relation to others and the reconstruction of this level of care is a challenge that Health and autonomous communities have already begun to address.

In addition, public hospitals throughout Spain still prohibit visits to admitted patients, with exceptions, and restricted access to the patient continues in force in some outpatient clinics and specialty centers. “For the time that you are going to be in a consultation – with a mask, ventilation and distance – it would not be strange to allow it. As long as the conditions are maintained so that it can be done, that it is done. It is not a matter of de-escalation”, defends Martínez. There are services that do not even glimpse a return to normality because they are closed from the first state of alarm: the emergency services of the Madrid health centers – there is no known horizon of reopening – or rural clinics in other autonomous communities with the most dispersed population .

“Until the end, a different standard has been maintained. It is one more step than those that have been accumulated. From the full terrace and the playground closed until now,” says Ana, mother of a six-year-old boy. Education is the other major area still marked by restrictions. It makes sense to the extent, recalls Martínez, that children under 12 are not vaccinated.

Progress towards normality, in this case, has been rejected by the educational community, as it has led to an increase in boys and girls per classroom after demonstrating that reducing ratios improved results. Another change in this course has been the removal of the mask in outdoor spaces (recess or Physical Education).

But families are still unable to access schools in many communities. The parents of a school in Madrid, for example, line up one by one to pick up the children around the center. And in another they allow exceptional access of one person per student for meetings. Catalunya allows families, on the other hand, to go to the playground to pick up the children and participate in activities such as excursions and extracurricular activities, always with a mask.

“Of the core of measures, some decline due to lack of evidence (such as the outdoor mask), others because they do not meet the proportionality criterion (they are excessive for the risk they are trying to avoid, such as possibly the stable coexistence group, which is being monitored ) and others because those areas are already adequately protected “, Aguinagalde lists.

Epidemiologists who have radiographed the pandemic and tried to anticipate its behavior – not always successfully – recall that “there are no previous models” on which to base themselves, making it difficult to “predict” how long the restrictions will remain in place. areas still subject to them. “Phases of acceleration are expected – concludes the director of the Observatory of Public Health of Cantabria -, we must go watching”.

With information from Pau Rodríguez, Blanca Sáinz and Alba Camazón.