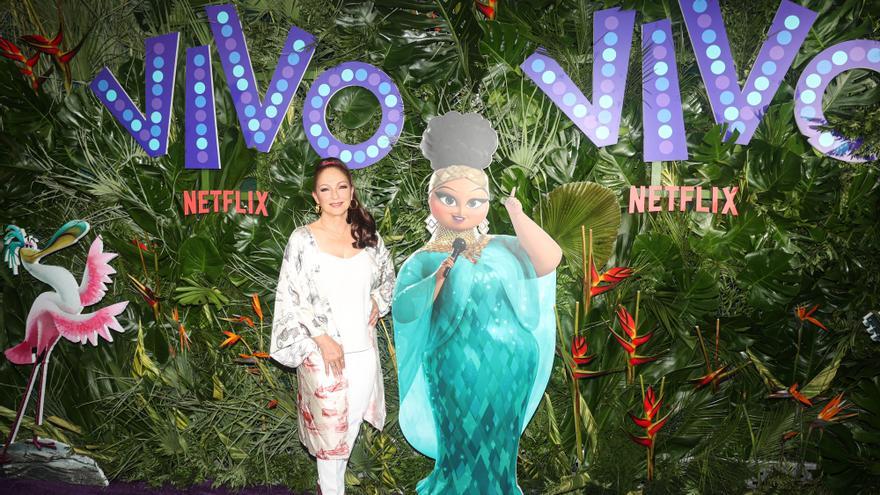 Miami, Aug 2 (EFE) .- Gloria Estefan has a “broken” heart, but also full of hope, because she feels that “the world is opening its eyes to the reality of Cuba.” For this reason, it is more important than ever to participate in projects that “amplify the voice of those who are there.”

One of those projects is “Vivo”, the cartoon film that stars for Netflix. In an interview with Efe, Estefan recalled that “for decades there has been a lot of wrong information about what is happening on the island, especially in Europe.”

“Vivo” tells a love story that comes too late and the situations around the protagonists, with a script by Quiara Alegría Hudes, who wrote the play and the movie “In the Heights”, with Lin-Manuel Miranda.

In fact, Miranda has a participation in the film, in addition to Zoe Saldana and Juan de Marco, who was part of the Cuban band Buena Vista Social Club.

Estefan plays the role of Marta, a former music star. “I was inspired by my mother, who was the true star of my family, and the dear Celia Cruz, my two great icons,” he explained.

“My mother wanted to be a famous artist. At the age of six she won a contest to be Celia Cruz’s double, but her father did not let her. But to tell the truth, she never imagined that I would fulfill her dream because of my personality,” she reflected .

It turns out that Gloria Estefan hates being the center of attention, but her passion for music is such that she manages her shyness in order to sing and act.

At 63, the former vocal leader of Miami Sound Machine is almost as busy as when she was touring the world.

At the beginning of July he released his documentary “Sangre Yoruba”, which accompanies his album “Brazil305”.

He is currently filming the final part of “Father of the Bride”, the remake of the 1991 film, with Andy García, Adria Arjona and Isabela Merced.

“We live laughing, but it has been a challenge because it is a very important project and we have done it in the middle of the pandemic,” he stressed.

His only regret is that the work coincides with the increase in protest activities in Cuba.

THE POWER OF ART

“I was invited to the White House (to the meeting of Cuban leaders with President Joe Biden last Saturday), but I could not go to the premiere of” Vivo “, he lamented. The commitment also prevented him from participating in an event in Miami.

The filming of “Father of the Bride” has absorbed time that he wishes he had devoted to “amplifying the voices of young people who protest, who demand a change,” he said.

However, Estefan underlines the importance of art “as a diffusion and amplifier of their voices”.

Movies like “Vivo” are important to her right now because they authentically reflect the sounds of the Caribbean and are an important way to “use art as a vehicle for something else.”

His dream is that projects like the ones he is carrying out help to “demystify” the Cuban Revolution, since his words go with art.

“Many people have had a romantic vision of life in Cuba for decades, but in reality the medical miracle was never enjoyed by Cubans and literacy was the excuse to indoctrinate,” he stressed.

However, what matters most to her is that the law enforcement officers on the island listen to her.

“If a Cuban military or police officer listens to me, I ask him to read about the truth of what is happening and to realize that his duty is to protect his people,” he concluded.