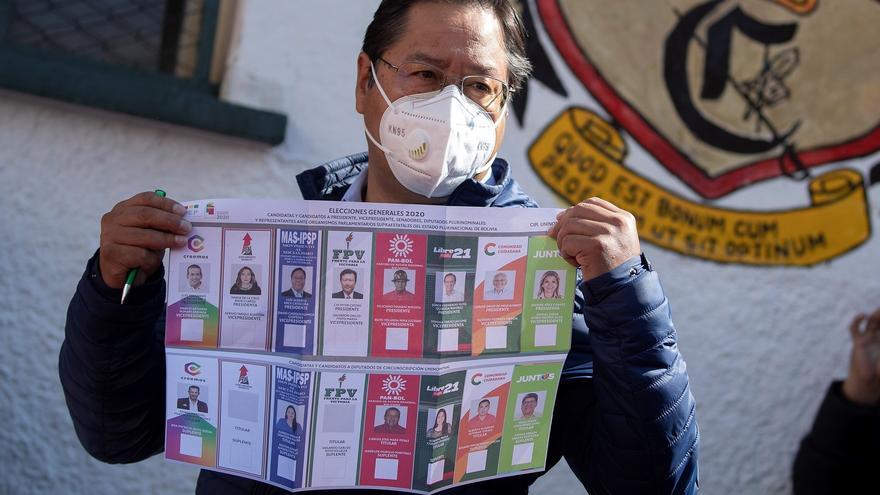 Two exit polls give as the winner in the first round of the elections in Bolivia the Movement for Socialism (MAS), led by Evo Morales. A poll by the Tu Voto Cuenta initiative broadcast by Cadena A television gives 53% of the votes to the MAS candidate, Luis Arce, making him the winner with more than 50% of the votes.

Next would be Carlos Mesa, from Comunidad Ciudadana with 30.8%, followed by Luis Fernando Camacho from Creemos with 14.1%. The other two candidates would get 1.6% Chi Hyun Chung of Front for Victory and 0.5 Feliciano Mamani of Pan-Bol, according to this poll.

Another Ciesmori poll for the Unitel and Bolivision television channels gives 52.4% of the votes to Luis Arce, Carlos Mesa 31.5 and Luis Fernando Camacho 14.1. Chi Hyun Chung would have 1.6 percent of the vote and 0.4 percent for Feliciano Mamani, according to this poll.

Luis Arce celebrated a triumph in La Paz that he took for granted, while Evo Morales did so from Argentina. “The will of the people has been imposed. There has been a resounding victory for the MAS-IPSP. Our political movement will have a majority in both chambers. We have returned millions, now we are going to restore dignity and freedom to the people,” he wrote Morales.

The country’s self-proclaimed president, Jeanine Áñez, has acknowledged that although it is not the official count, the victory of MAS looks certain and congratulated its candidates.

“Driss didn’t know the imam and he partied a lot”