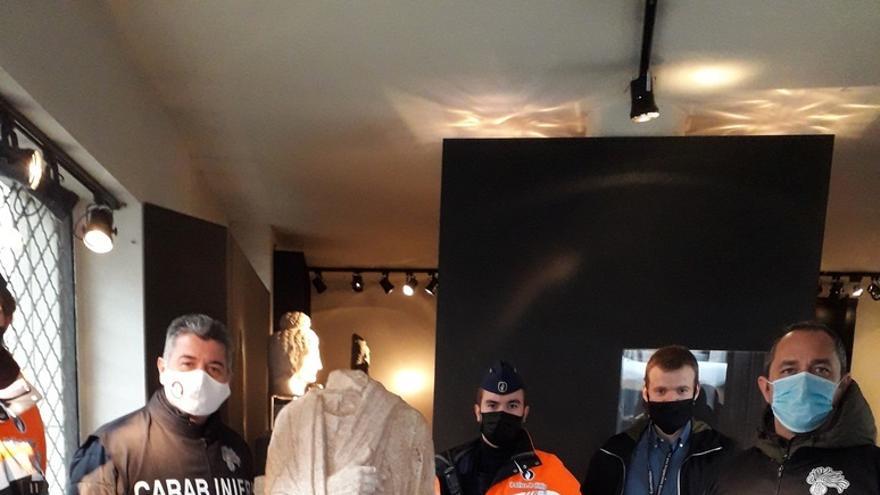 Rome, Apr 12 (EFE) .- Italy has recovered a Roman sculpture from the 1st century BC stolen a decade ago thanks to the work of two Carabinieri (militarized police) agents who found it by chance in an antique dealer in Brussels.

The Carabineros for the Protection of Cultural Heritage reported today in a statement the discovery of this two-millennia-old marble statue that represents a “Togatus”, the figure of a man dressed in a toga, but without a bust.

However, it has been possible to locate and recover it thanks to the work of two police officers.

They were in Belgium for another international investigation when one afternoon, after completing their service, they saw a marble figure “probably from Italy” while strolling through the Sablon district of Brussels, full of antique dealers.

Moved by suspicion, they began an investigation when they returned to Italy, comparing the images they took in Brussels with the files in their database of illegally stolen treasures, which allowed them to identify this statue as the stolen one.

It was then that the Rome Prosecutor’s Office ordered its seizure, in collaboration with European and Belgian authorities, and its return to Italy was achieved last February.

The investigation has brought to light an illicit traffic of cultural property by an Italian merchant who used a Spanish pseudonym and who has already been referred to the Rome Prosecutor’s Office for receiving stolen goods and illicit export.