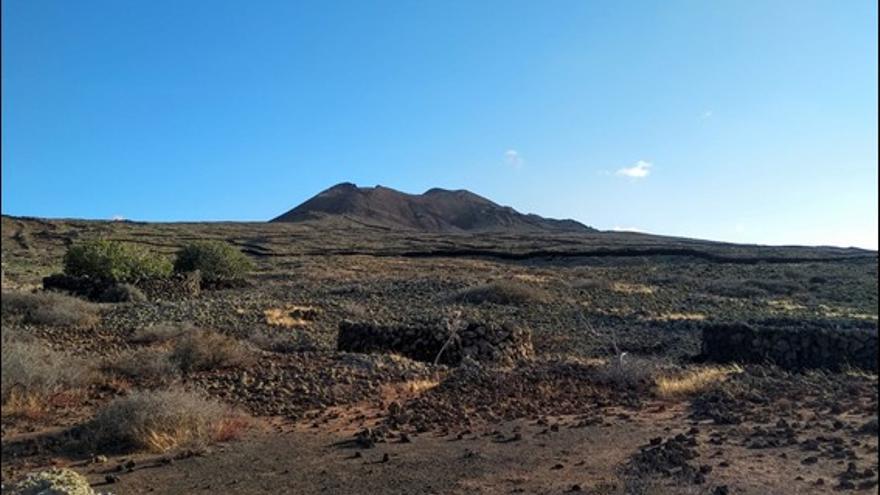 The Illustrious Official College of Geologists (ICOG) proposes a geological journey through Spain through some of the natural wonders with which our orography has given us in order to promote geotourism.

Through the recommendations of some of the ICOG delegations, this route shows us 20 geological destinations of unusual scenic beauty. From hidden places, abandoned mines or dreamy coastlines to mountains of salt and valleys of spectacular shapes or inactive volcanoes that will amaze young and old.

It shows a great lithological diversity and the presence of glacial morphologies, among which the Saliencia Lakes and the Valle Lake stand out.

It offers a high scientific and educational value, with the presence of paleontological outcrops and mineralizations, some with mining exploitation, as well as the formation of lakes in different types of substrates.

2. Litoral Karst of the East of Asturias

Landscape of high geomorphological value with unique karst-marine formations such as the jesters.

It presents a high didactic value of the relationship between geology and the uses of the territory as well as the existence of rock types with very marked hydrological behavior.

It is the most recent volcano in Fuerteventura with about 10,000 years old and you can see all kinds of volcanic elements such as lavas, blocks and slags.

It arose in a wide existing valley. Its cone is formed by pyroclasts of black color and several streams that flow radially arise at the base of the center.

The Teno massif is located in the extreme northwest of the island of Tenerife. It is a shield stratovolcano. The massif suffered two major hillside collapses that gave rise to the Los Gigantes cliffs and the Palmar Valley.

It is an area with large ravines and vegetation. It is also recommended to visit emblematic places such as the town of Masca, Teno Alto or El Palmar.

5. Section of coast in Cabo Menor and the mouth of the river Pas (Liencres)

In a succession of beautiful and rugged cliffs we find uniquely charming coves and beaches such as Arnía.

The set represents a coastal modeling geomorphological value in interference with the fluvial one. Meandering or cascading stream mouths are observed.

A landscape contrast of imposing limestone that allows you to enter the center of the Picos de Europa through a funicular ascent.

The topographic contrast between two large sedimentary bodies stands out: the upper limestone and the lower siliceous. The differential erosion of one and the other, as well as the fracture surface that separates them, has led to the morphology of this great amphitheater.

It is the first volcano that can be visited on the peninsula, you can visit the center and discover the geological secrets of the Earth.

An unexpected landscape, bathed by the Tagus River that is reminiscent of the Grand Canyon of the Colorado and offers one of the most impressive sunsets in the country.

Regarding its geological values, it is possible to observe the effects of the erosion of the clays and conglomerates of the Tertiary in the form of cavities that enhance the landscape in reddish colors.

9. Roman mine of Las Médulas (León)

It is the largest open pit mine in the Roman Empire. The exploitation work has given rise to an impressive landscape environment.

You can see the stratigraphic sequence formed at the end of the Miocene that gave rise to the gold deposit, where the erosive processes of the surrounding mountains produced the detachment of the gold particles, which together with other materials (boulders, gravel and sand) were transported and sedimented in Las Médulas by alluvial fans.

The Douro River borders Portugal and forms the largest and deepest canyons on the peninsula. It is a privileged space where you can contemplate the beauty of its granite landscape and its spectacular waterfalls.

Geologically it stands out for the contrast between the peneplain and the deep embedding of the Duero that gives rise to gorges of subvertical walls that reach hundreds of meters deep.

The saline valley and the salt mountain of Cardona are a unique natural phenomenon in the world, which has been exploited as a resource since the Neolithic. In 2003 it was inaugurated as the Cultural Park of the Salt Mountain. It is one of the wonders of the Geopark of Central Catalonia.

The saline diapir created by the mountain of salt grows every year. The salt outcrops are the evaporite deposits that settled in the Ebro basin during the Upper Eocene.

This impressive place is located north of the Geopark Origins in the Catalan Pyrenees, within the peripheral area of ​​the Aigües Tortes i Estany de Sant Maurici National Park and it is an example of glacial geomorphology.

It has a georut that runs along the old road where you can see imposing glacial models with lakes, chalk and cirques.

Stratigraphic outcrop where a sequence of marls and clays show the changes of the transit from the Cretaceous to the Paleocene. The remains of chemical elements such as iridium, of extraterrestrial origin, which testify that a meteorite wiped out the dinosaurs 66 million years ago stand out.

Karst cavity system developed in limestone. The main cave is navigable and is home to one of the longest underground rivers in Europe.

It has a high aesthetic value. Its attraction is that it allows an underground river tour through the cave.

Visiting this park you can observe the geological processes that gave rise to the formation of Galicia. It is a direct trip to the lower and middle Paleozoic, witnessing the clash between two continents and the evolution of glaciers in the formation of the territory.

16. Beach of the Cathedrals (Lugo)

The geology and the climate have shaped natural constructions of extreme beauty.

In the Playa de las Catedrales (Playa das Catedrais), the contrast between the rocky levels of a quartzitic nature and the slates, their different mechanical behavior, the erosive action of the sea and the climate make up a unique landscape.

An attractive tourist destination where it is possible to enjoy its extensive geological and paleontological heritage, which is presented in its original state. The future Geopark has more than 11,000 footprints, more than any paleontological place of interest in Europe and is partly integrated into the La Rioja Biosphere Reserve.

In the quaternary glaciers of Peñalara you can see the morphologies of the glacier (cirques, thresholds, pullido and striae) as well as its deposit (moraines).

On the other hand, in the rocky massif of La Pedriza, igneous rocks refer to their formation inside the Earth. They break into the surface forming curious rock morphologies with crystals visible to the naked eye, generated by a slow cooling process.

19. Geopark of the Basque Coast

Territory recognized by Unesco for its different continuous sections in the Flysch. It offers a wide panorama of the great geodiversity of the Basque Country and allows you to enjoy incredible beaches in Mutriku, Deba and Zumaia as well as boat trips.

Spectacular Flysch and largely affected by different tectonic and structural movements, as well as a series of fossil specimens of great interest and several episodes of volcanism.

From Getxo to Bakio there are various places of geological interest that can be explored by bicycle or on foot.

The ICOG is a Public Law Corporation created to defend and support the interests of Geologists according to Law 73/1978 of December 26. Among its essential purposes, the organization of the activity or exercise of the profession of Geologist and the exclusive representation and defense of the interests of the same stand out. Headquartered in Madrid, the College has delegations in Aragon, Galicia, Asturias, Catalonia and the Basque Country. For more information, you can visit www.icog.es.