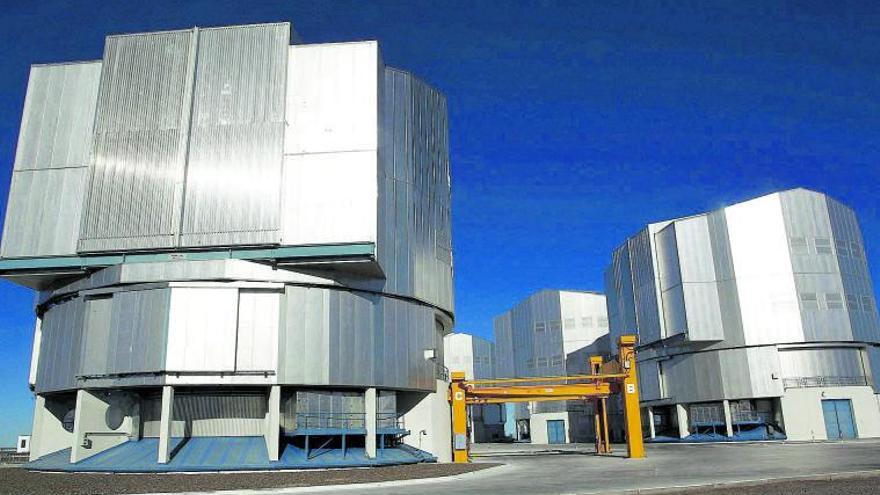 Spain will contribute two million euros to the Instituto de Astrofísica de Canarias (IAC) and the Centro de Astrobiología (CAB, INTA-CSIC), to support these institutions in their contribution to the construction of the Extremely Long Telescope (or ELT, for its acronym in Spanish). English). This budget item, which was authorized this week in the Council of Ministers, will help both institutions to cope with the tasks of designing and manufacturing prototypes of the Harmoni instrument, which is being developed in an International Consortium.

And it is that, one of the first instruments that will be installed in the telescope of 39 meters in diameter - which will be located in Cerro Armazone (Chile) - is this optical and infrared spectrograph of integral field and high spatial resolution, which scientists have called Harmoni.

The design and construction of this instrument is the responsibility of an international consortium led by the University of Oxford and of which the Center for Astronomical Technology of the United Kingdom, the University of Durham, the Lyon Astrophysical Research Center, the Astrophysics Laboratory are part. of Marseille, the Instituto de Astrofísica de Canarias (IAC), the Centro de Astrobiología (CAB, CSIC-INTA) of Madrid and the University of Michigan.

Its development is currently in the final design phase, which consists of the consolidation of a detailed manufacturable model in which those technological aspects identified as "risky" in previous phases have been resolved. The total cost of the development and commissioning of Harmoni is estimated at 28 million - in hardware - according to the Council's reference.

The agreement approved this week by the Council of Ministers seeks to provide the Spanish partners of this Harmoni Consortium - which are the IAC and CAB - with the necessary funding for Spanish technology centers and research groups to participate in the design and manufacture of prototypes and highly specialized equipment necessary for its start-up.

The participation of the IAC in Harmoni will place the researchers of the center in a privileged position for the exploitation and scientific use of the first spectrograph that will operate in the largest telescope in the world, making it possible to observe the most distant galaxies with unprecedented precision. when the Universe was still very young. Currently, the institution's team associated with HARMONI includes personnel from different departments such as Optics, Mechanics, Electronics, Management and Research.

The center has cooperated in the project through three major blocks: the development of the instrument's pre-optics, the coordination of its architecture and control electronics, and the definition of the scientific cases for which it will be used. This year, the optomechanical system developed by the IAC obtained the approval of the Consortium.

Harmoni will be able to operate at the ELT's near-infrared limit of spatial resolution and will have great versatility to tackle a large number of scientific cases. Currently the development of the Harmoni instrument is in the Final Design Phase, consolidating a detailed manufacturable design in which the technological aspects identified as "risky" in previous phases are resolved.

During the Council of Ministers, the Executive also authorized the signing of an agreement with the European Research Infrastructure Consortium (ERIC) European Spallation Source (ESS), for the construction, installation and commissioning project. operation of the different ESS teams, for which it will contribute 14.3 million euros, charged to the Recovery and Resilience Mechanism.

Currently, Spain participates in all advisory and governance bodies of the ESS construction project, and makes its contribution through the ESS Bilbao neutron technology center.