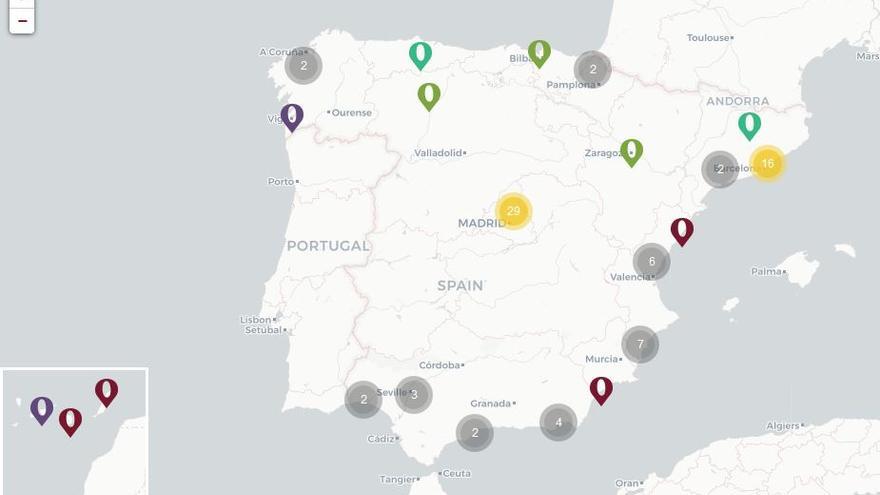 Journalists began documenting the cases in 2015 and since then they have managed to collect a hundred victims of homicides and murders in the Spanish state over the last 20 years. The documentary work is complemented by a map where the crimes included in the so-called hate crimes are geographically located (due to ideology, origin, ethnicity, religion, gender identity or sexual orientation). The first report documented 88 cases and in these five years journalists have added information regarding a hundred, either through appearances in the press or through contact with the victims’ families.

The web resource facilitates access to the individualized file of each victim, where the date on which it occurred, a summary of the facts, the type of crime, the judicial response it obtained and a compilation of the news and videos appeared in the media. The information, says Ramos, is usually scarce in the media, except in particularly mediated cases, where the lack of ethics and respect for the victims is sometimes criticized. The lack of information is also observed in police investigations, given that a vast majority of documented cases lacked a trial, including identified perpetrators.

The work is an exercise that highlights these informational deficiencies while describing cases in which violence is carried out from the institutions, such as in the centers that depend on them. Femicides, the journalists explain, have not been included in their investigation since there are already specific portals to document them, such as Feminicidio.net. The idea is to “warn about the danger of these crimes and the lack of information”, especially in the homeless, cases that rarely go to trial or have a media presence.

Hate crimes appear as events and hardly follow up beyond some arrest, criticizes Ramos, who explains that many are committed by people linked to the extreme right or who, without militancy, are ideologically related. The work is complemented with a glossary of concepts according to the definitions of international regulations in the field of hate crimes, discrimination and intolerance and the contributions of NGOs that work within the human rights framework.