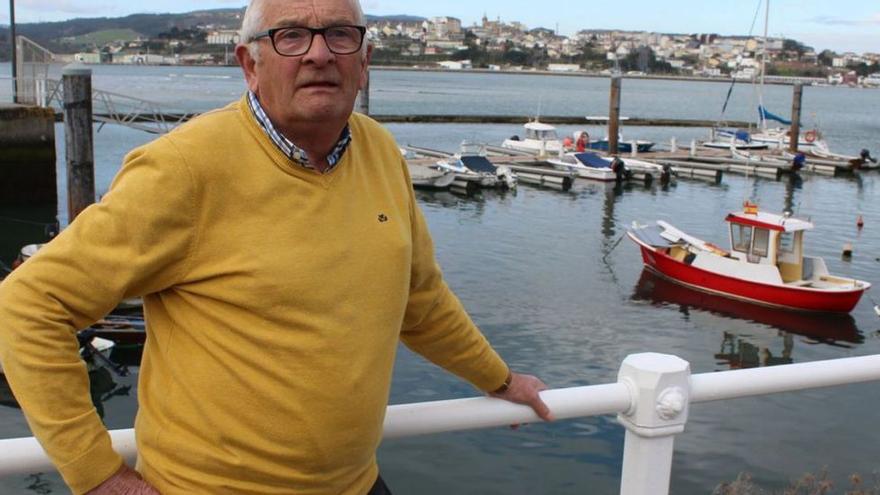 It dawned on July 9, 2002 with a little swell from the Northwest, not enough not to go fishing. so he did the 'New Cacharelo', a boat nine meters long commanded by the tapiego Julio César Entrerríos and in which the also tapia sailor Álvaro González and Miguel González, from Figueras, worked. Nothing foreshadowed that shortly before eleven o'clock in the morning, when they were finishing collecting the pots, a few meters from the Tapiega coast, a fateful blow of the sea will turn the boat over with no room for maneuver so that the three fishermen could get to safety. But, that's how it happened. “It was very fast, in the blink of an eye. We could not do anything”, says González, the only survivor of that tragedy, which is twenty years old.

"It's something you don't forget, you don't get it out of your head," recalls González, who had a hard time assimilating the loss of his two co-workers, with whom he had been working for almost two years. "It was hard, out of three save one, but nobody knows the sea, you lead your life on top of a board and you don't know what's going to happen”, says the 72-year-old man from Figueres. After that he retired, but he did not leave the sea because "he who is born in the sea dies in the sea, this hooks". So he keeps going out to fish for squid whenever he can with his boat 'Hermanos Mel', after the initials of his children Miguel, Emilio and Laura.

His experience allows him to put himself in the shoes of the sailors of the 'Villa de Pitanxo', the Galician ship that was shipwrecked a few weeks ago in the Atlantic. There were three survivors, nine deceased and twelve more sailors are missing. The one from Figueras is clear about it: “An effort must be made to recover the bodies. sure they are in the hull”. He says it with the conviction that one of the few consolations of the tragedy of the 'New Cacharelo' was being able to rescue the bodies of his two companions.

The first memory that Miguel González has of the shipwreck is that of the railing of the ship. “I opened my eyes and saw something shine, it was the railing of the boat, I grabbed on and came to the surface. Then I saw the ball that we had to defend the ship, for the moorings, and I grabbed it, ”she relates. As best he could, he took off his boots and fatigues that prevented him from getting a good grip on the ball and waited. He was like that for just over ten minutes, until the Red Cross boat rescued him.

They found them quickly because a person from the ground saw what happened and sounded the alarm in a very short time. In those minutes in the water, the man from Figueres thought of his son, who was two months away from getting married. "I was aware of what I was doing at all times and I didn't feel nervous, I just thought that my son was going to get married and I was about to be carried away by the sea," he explains.

The sailor from Figueres recounts that that had not been by far his worst swell on board, but with the sea you never know. Of course, he was not afraid of the Cantabrian because he knows that accidents are part of the risk of a job to which he dedicated his life. “It is a risk that is assumed, whoever gets it, gets it,” he explains.

His life as a fisherman began when he was 13 or 14 years old, together with his father, and at 22 he graduated as a motorcyclist at the nautical school. He passed through boats of all sizes, but always preferred inshore fishing in small boats. Nor was the 'New Cacharelo' her only shipwreck, since a few years earlier, with the boat 'A Marta', there was a problem with the rudder and all the crew ended up in the water. In that case they were very close to the beach and they all left by their own feet.

Every July, taking advantage of the celebration of the Virgen del Carmen, patron saint of sailors, he goes out to the mouth of the Eo estuary and throws a bouquet into the sea in memory of the companions who could not return home. Time heals wounds, but such dramatic events are never forgotten. He does not forget his two friends and that fateful summer day in Tapia.