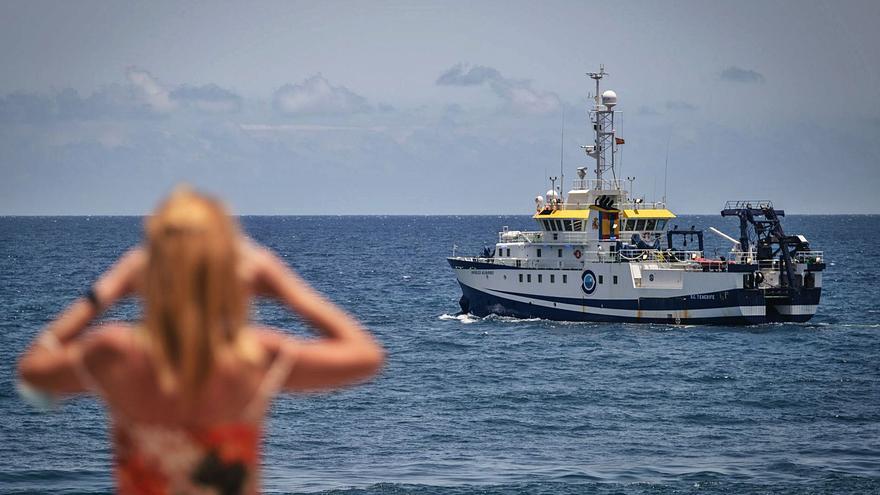 The Government delegate in the Canary Islands, Anselmo Pestana, believes, for his part, that the possibilities that exist of finding Tomás Gimeno and his daughter Anna at the bottom of the sea are “remote”, despite the discovery of the body of Olivia, the oldest of girls. In an interview with Cope Canarias, Pestana said it did not know how many days the oceanographic vessel Ángeles Alvariño will stay in Tenerife after announcing a third “extension” last Wednesday, in which there were “more difficulties” than in the previous two.

The reason, he continued, is that the team from the Spanish Institute of Oceanography (IEO) has a “backlog of work” and the unmanned underwater robot Liropus 2000 is being subjected to “significant stress”, hence the Civil Guard is working in different alternatives, including resources that the Navy may have.

Today marks the three weeks since the aforementioned ship arrived in Tenerife and his intervention, together with the data provided by the Armed Institute researchers, was key to locating Olivia’s body on the 10th of this month. But, in addition to other pending commitments, a key piece, the Liropus robot, suffers from operational problems, due to the intense effort to which it has been subjected. In fact, last weekend the boat was docked at the South Dock of the port of Santa Cruz due to a breakdown in said unmanned vehicle, which is responsible for taking images and collecting objects from the seabed.

The Maritime Rescue and Safety Society (Sasemar) has a remotely controlled underwater robot that, in principle, would have the capacity to participate in the search for the bodies of the girl Anna and her father and alleged murderer, Tomás Gimeno, at a large depth. Salvamento Marítimo has the Comanche unmanned underwater robot, which can descend to carry out work at a depth of about 1,000 meters. Authorized sources of said institution declined to make any kind of statement on this matter and referred to speak with the Civil Guard. And sources close to the investigation limited themselves to saying yesterday that different options in this area are still being evaluated.

According to the data released by the aforementioned body, which depends on the Ministry of Transport, Mobility and Urban Agenda, Comanche has a search sonar with a maximum range of 300 meters, a sonar-altimeter with a range of 50 meters, a depth gauge and a flash beacon for its location on the surface.

Said robot is equipped with three high-definition cameras and different types of arms to collect objects of various characteristics from the seabed. The aforementioned element participated in the rescue of two lost fishing vessels in Galicia in 2004, in the shipwreck of the Nueva Pepita Aurora ship in 2007, as well as in the search for two El Fairell fishermen in 2017, among other services. At the beginning of 2020, the shipwreck of the fishing boat Rua Mar occurred, as a result of the storm Gloria. The Comanche unmanned vehicle allowed the recovery of the corpse of a crew member and the discovery of the aforementioned ship, thus ruling out other erroneous locations.

According to official data provided by Salvamento Marítimo, the Comanche robot can operate at a depth of one kilometer, as long as the weather conditions are appropriate.