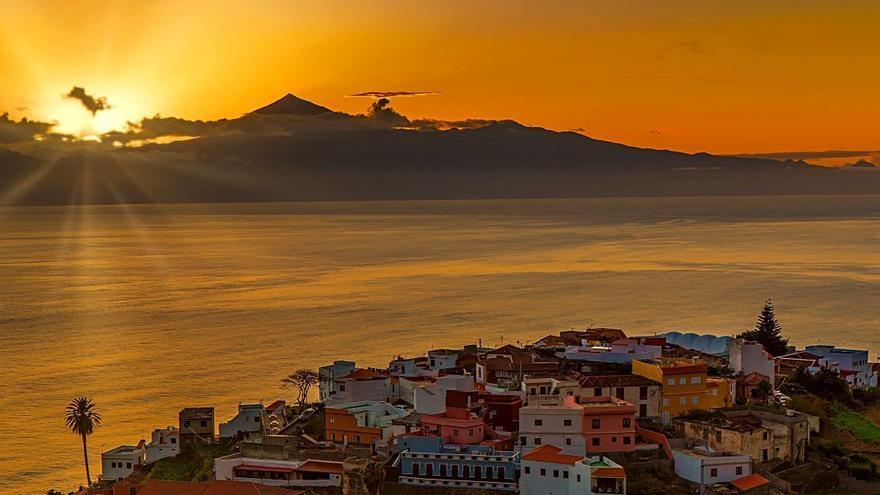 These two Canarian enclaves thus join Tejeda -Gran Canaria and included in 2015-, Betancuria -Fuerteventura- and Teguise -Lanzarote- (both in 2019).

Thus, as of January 1, 2021, the network will have 104 locations. These new eleven towns have passed an audit during this year, with more than 40 criteria to be part of this network, in aspects such as care for heritage, harmony of the municipality, cleaning, conservation of facades, vehicle circulation, care of flowers and green areas, programmed cultural activity or attention to traditions.

The eleven new towns They will be officially presented as members of the association at the Madrid International Tourism Fair (FITUR), which this year will take place later due to the coronavirus, and also during the spring an important proclamation ceremony will be held in these locations.

They call it the bonbon from La Gomera, which gives an idea of ​​how beautiful this town is, which looks like a viewpoint over the Atlantic Ocean and offers impressive views of the island of Tenerife and El Teide. Surrounded by green crops, its cobbled streets, its white houses with reddish tiles that contrast with the white domes of the church of San Marcos make up a postcard setting. This church was a primitive hermitage from 1607, the year the town was founded, but at the beginning of the 20th century it was demolished to build the current neo-Gothic temple. The Bolas Game Visitors Center, with information on the Garajonay National Park, or the Casa del Pintor José Aguiar, a native of Agulo and a benchmark in Canarian painting, are two places of interest to take into account when visiting.

With just 1,000 inhabitants, its old town is one of the best preserved in the entire Canarian archipelago, and its narrow, cobbled streets seem to have remained untouched over the years. From this town you can access hiking trails that lead to unique places on the island, such as the Natural Monument of Roque Blanco. Its culinary offer includes typical dishes such as watercress stew, or yam stew, goat or pig meat, accompanied by potatoes with mojo picó, and Almogrote, a spread made with cured and seasoned goat cheese.

Located in the northeast of Tenerife, it is one of the most beautiful and quiet towns on the Tenerife island, as well as having a rich architectural heritage, which is why it was declared a Site of Cultural Interest in 1994. Its historic center, very well preserved, dates from the 16th and 17th centuries. In 1706 the city had to be reborn from its ashes after an eruption from the Trevejo volcano almost completely devastated it. Strolling through its cobbled streets allows you to discover some historic buildings that were saved, such as the San Francisco convent, dating from 1526, or the stonework facade of the Casa de los Condes de la Gomera, in the Renaissance style. On the coast, next to the historic center, the Castillo de San Miguel, from 1575, stands out.

The 1706 eruption gave rise to one of the municipality’s main natural attractions: the El Caletón ponds. They are the result of the capricious solidification of the lava that gave rise to natural pools that overlook the Roque de Garachico Natural Monument, symbol of the town. The waters, yes, they are cool, keep in mind that it is Atlantic but it is very worth it. The breakwater of El Infierno, a sculpture by the Japanese artist Kan Yasuda that some intrepid people use as a springboard, is another of the town’s attractions, as are the pastel-colored facades of some buildings, such as La Casa de la Quinta Roja, highly appreciated by instagramers. In addition, it is convenient to stop at the more than 20 churches in Garachico, and try the traditional pastries made by the Franciscan Conceptionist nuns.

“If someone in the household is infected, susceptible pets should be tested”