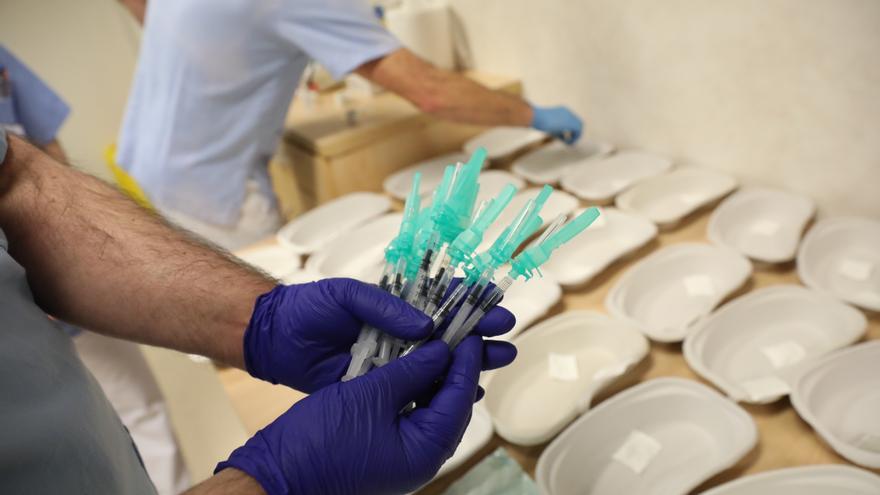 Two Spanish bishops who received the first dose of the vaccine against Covid-19 have given up the second dose due to the repercussion it has had since investigations have been opened on whether the vaccination protocol was skipped.

The Bishop of Orihuela-Alicante, Jesús Murgui, has been one of the prelates who has rejected the second dose after the repercussion that his vaccination has had although, in any case, he has assured that he received it “without seeking any favorable treatment” and “following the dynamics of the other campaigns vaccination “, due to its” health link “.

Murgui has resigned to receive the second dose of the vaccine due to the “media coverage caused by the interpretation of this fact” and for the “spiritual good of all the faithful” of the Diocese of Orihuela-Alicante.

The Bishopric has indicated that Murgui has placed himself “in the hands of Public Health” to complete his vaccination “when, where and as determined by the health authority.”

In addition, the Ministry of Health of the Generalitat Valenciana opened an investigation on the vaccination against Covid-19 of the bishop of Orihuela-Alicante, to determine whether or not it has occurred irregularly.

Also, the Bishop of Cartagena, Monsignor José Manuel Lorca Planes, admitted this Monday that he was vaccinated against Covid-19 in a diocesan center although “at no time did he believe he was acting wrong” and has announced that he is giving up the second dose from which immunity is generated.

In a statement, the Bishopric of Cartagena explained that Lorca Planes, 72, received the first dose at the center where he is vaccinated every year, belonging to the Diocese of Cartagena.

It is a care center for vulnerable people to which the bishop attends “regularly” as he is the president of his patronage. Specifically, he made his last visit to it on January 30 to celebrate the Eucharist with the residents.

As they explain, the bishop filled in the necessary consent for the Ministry of Health to authorize his vaccination “days prior” to carry it out.

The Ministry of Health of the Region of Murcia will open an investigation into the vaccination of the Bishop of Cartagena, as confirmed this Tuesday by the technical spokesperson of the Covid Committee, Jaime Pérez.

Pérez has explained that the residential center introduced Lorca Planes “as staff” of the same in the list sent for the administration of the vaccine.

“From what we have been informed and have found out, the vaccination took place in a residence. They send us the lists of people to be vaccinated, but it is the place where they are going to be vaccinated that their staff or people admitted” says that they have to receive the dose, said the technical spokesman, who understands that the Community “is not responsible for that.”

For his part, the Bishop of Mallorca, Sebastià Taltavull, has already received the second dose of the COVID-19 vaccine at the Sant Pere i Sant Bernat residence for senior priests and retirees, in Palma, on January 27.

According to sources from the Bishopric of Mallorca confirmed to Europa Press, Taltavull received the second dose “like the rest of the users” of the residence because “the vaccine consists of two doses.” The first one was put on on January 5 and asked “forgiveness” for the discomfort that this event may have caused.

As they argued from the Bishopric, Taltavull “is part of the health unit” of this residence and “whenever he has received vaccinations, he has done so there” because “he is treated as one more of the residence.”

He was also vaccinated on January 13 the Bishop of Tenerife, Bernardo Álvarez, who received the first dose together with the senior priests who live in the San Juan de Ávila priestly residence in La Laguna, the nuns, those responsible for the center, the house staff and the external company that takes care of cleaning.

The bishopric then specified that Álvarez was included in the list sent to the health authorities by maintaining his address in that place, specifically in an attached apartment, with whose residents he has frequent contacts and shares some services that are provided.

Although, consulted this Tuesday, February 9, by Europa Press about whether the second dose of the vaccine has been administered to the prelate, the diocese has reported that it has been decided not to comment further on this issue.

Last Friday, the Canary Islands Health Service (SCS) concluded a report in which it concluded that some public officials such as the Minister of Health of the Cabildo de La Palma, Susana Machín, or the Bishop of Tenerife, Bernardo Álvarez, were they skipped the vaccination protocol.

Among the prelates who have also received the first dose of the vaccine and who have made it public is the Bishop of Córdoba, Demetrio Fernández, to whom it was administered the second week of January, in his case, as a resident of the ‘San Juan de Ávila’ Priestly House in Córdoba.

He was the first bishop to make his vaccination public, and according to reports from the bishopric, the prelate received the dose along with the rest of the residents of the residence, and given their consideration as a risk group due to their age.