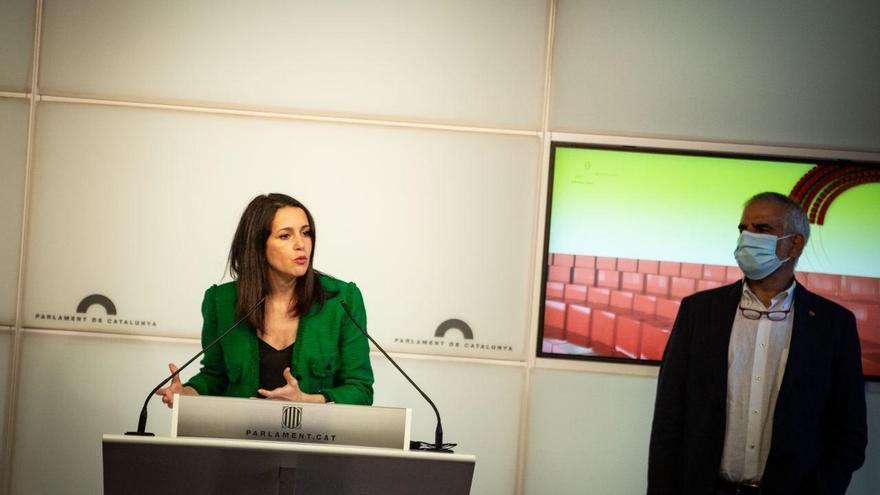 The four deputies of the Parliament of Catalonia who contested the replacement of Lorena Roldán by Carlos Carrizosa as candidate for the Generalitat They have taken a further step in their fight against the party leadership and have just appealed the appointment of two members as members of the Guarantees Committee. Their names appeared on the web just after the president of this body, Jesús Galiano, resigned from his post last week, coinciding with the controversial decision taken by the Permanent Committee in an extraordinary meeting. Along with Galiano, the secretary of this body, Marta Segura, also left his post. The appellants consider that these two appointments are fraudulent as article 84 of the Statutes was violated because it was not notified that the term was open to apply for the position.

On the Citizens’ website, the composition of the Guarantee Commission appeared last Friday with two new names, Daniel Martínez and Julia Martín, just after the resignation of Galiano and Segura. According to the version given to elDiario.es by sources of the national leadership, both members were appointed at the end of last July at the proposal of the General Council, the highest organ of the party, but their names were not uploaded to the web at that time “by a clueless “. The deputies complaining allege that, according to article 84 of the Statutes, the General Council should have notified all the affiliates that a period was open for the election of these two positions so that whoever wanted could run. But they are not aware that this was done so they accuse the new management of having made both “finger” appointments.

The Guarantee Commission is made up of nine members in total. Five are elected by the General Assembly, which was held online this time because of the pandemic. Another two are appointed by the Party Executive and the remaining two must leave an internal process at the proposal of the General Council. Both Daniel Martínez and Julia Martín are in this assumption.

The same sources consulted explain that the Guarantee Commission is “in office” at the moment since the table of this body has not yet met after the 6th Assembly to elect its new president and other positions, that they do between themselves. But they assure that they have until October 28 to complete these appointments.

They presented an appeal against the replacement of Roldán

These four deputies of the Parliament of Catalonia had filed an appeal last week against the decision of the Permanent Committee to replace Lorena Roldán with Carlos Carrizosa as a candidate for the Generalitat. In this first letter they argue that the party’s Statutes have been violated, which oblige the convening of a new primary process. Inés Arrimadas, however, denied it and claimed that this change is contemplated by the party’s regulations without the need for new primaries as it is a “voluntary resignation” since, according to her version, Roldán had taken “a step backwards” to facilitate the possibility of setting up in Catalonia “a constitutionalist candidacy”.

The complainants, who are supported by a large number of firms, believe that this is not the case and are waiting for Garantías to resolve the conflict. Before leaving, Galiano sent them a first resolution in which he explained that Garantías has given the party leadership a period of ten days to send documentation on that meeting of the Permanent Committee and prove whether the Executive Commission met later to endorse the decision to change the candidate, as is mandatory.

But now there are two resources that accumulate in this body, which is the one that must ensure the internal democracy of the party and solve conflicts between the leadership and the affiliates.

This Monday, Arrimadas, who offered a press conference with Carrizosa in Barcelona after meeting the Permanent Committee there, trusted that Garantías will soon resolve at least the first of the appeals.

Critics of Ciudadanos … by eldiario.es