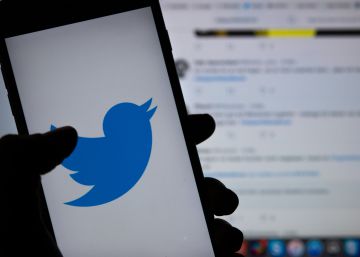 Twitter has begun today to implement in Spain, on iOS, Android, Twitter Lite and twitter.com, the function that has been experimenting in Canada and that allows to hide responses to messages that are considered inappropriate. Until now, the social network allowed to silence a user, block it or delete its message. The new option sends the response that is deemed inappropriate to a virtual drawer, which can be consulted.

The company considers this function as a "moderation" tool by allowing the concealment of inappropriate responses, but giving the option to see what criteria has been used to hide them, which allows us to observe whether this action has been arbitrary and in order to show only ideas according to that expressed by the author.

The problem with this option is that it allows, for example, that the account of a political party hide those dissenting messages with your postulates. It is one of the reasons why they will be allowed to be consulted, but not directly in the open thread. During the tests carried out in Canada it has been proven that the parties "do not resort to the concealment of messages frequently," according to Twitter.

"Some users try to have a healthy conversation by blocking, silencing or denouncing, but these tools do not always solve the problem. The blockade only affects the experience of the person who activates it and the complaint only works with content that violates Twitter policy "explained the head of health in the social network, Michelle Yasmeen, during the testing phase and in an open Twitter line to explain the project..

From now on, as reported on Thursday the social network, anyone can choose to hide the responses to their tweets, but if a third party wants, “you can see and interact with the hidden responses by pressing the gray icon that will appear in the messages and See the whole conversation. "

During the tests, most of the concealment has occurred due to issues considered “irrelevant, unrelated to the topic or annoying,” 85% of the time the sender has not been blocked and 27% of the users whose comments were hidden reacted positively

According to Twitter, during the experimentation phase, most of the concealment has occurred due to issues considered “irrelevant, unrelated to the topic or annoying”, in 85% of the times the restriction has been used, the blocking of the sender and 27% of the users whose comments were hidden reacted positively, admitting that the way of interacting was reconsidered. However, some users warned that they did not resort to the new function for fear of reprisals from the interlocutor.

Given this situation, the social network has announced the next launch of "a new parameter for hiding responses so that developers can create additional conversation management tools." "We are exploring more options on who can respond or see specific conversations and testing changes related to the interaction to see if they help a healthier conversation," says the company.