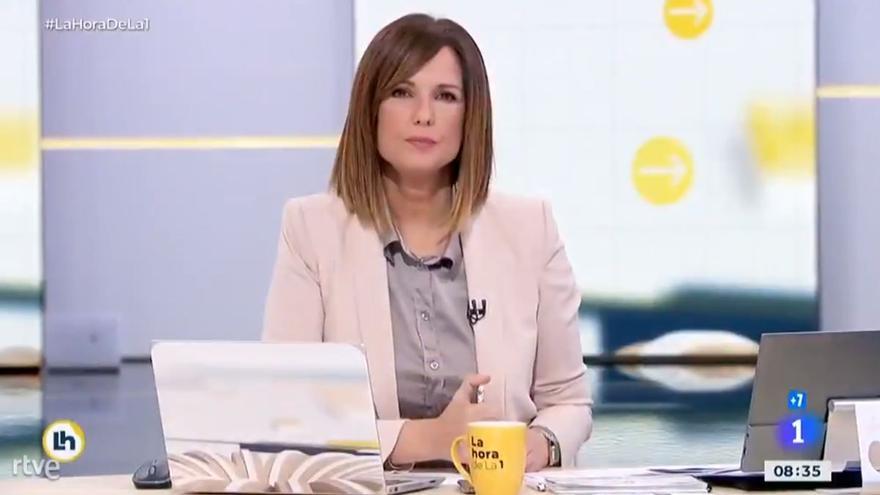 The recent changes in RTVE’s organization chart are beginning to affect its programming. Monica Lopez concludes his stage in ‘La hora de La 1’ after the public channel has informed him that will not present it in the next season, although she will continue to be linked to the entity in another position, according to the newspaper El Mundo.

As reported by the aforementioned media, the communicator hosted his last show this friday, the day on which he also said goodbye to his colleagues in the writing of the morning magazine, which will be hosted by Igor Gómez this summer and while the new management of the entity decides the future of the space and the replacement of López, news that will be announced “in the coming days”.

At the moment, the corporation have not yet decided what will be the configuration that the morning programming of La 1 will have in the next season. In fact, according to this information, one of the proposals that have been put on the table is to recover the old model made up of a tandem similar to the one with ‘The breakfasts’ and ‘The morning’.

The departure of Mónica López from ‘La hora de La 1’ takes place without a farewell on the screen and also coinciding with the end of ‘Las cosas clear’. The program presented by Jesús Cintora had a contract until July 30, although the RTVE board of directors decided to renew it only until the start of the Tokyo 2020 Olympic Games, which will take place on July 23.

Closing to a season with several controversies

In this way, ‘La hora de La 1’ closes a season in which controversies have been very present. The sign on Princess Eleanor’s march to the UK to study the baccalaureate, which ended with the dismissal of one of the space’s scriptwriters, or the criticisms of several PP leaders of the space have been present since its premiere on the public channel.

One of the latest controversies came from the Central Electoral Board, which partially upheld the appeal presented by Vox regarding the electoral interview that Mónica López conducted with Rocío Monasterio in ‘La hora de La 1 on April 26, although without establishing a sanction as requested by the political party: “It involved a violation by RTVE of the principles of informational neutrality and equality established in article 66.1 of the LOREG.”

“In your treatment, the interviewer maintained a tone of reproach and disapproval, taking a position, at times, against the interviewee, this Board considers that the development of the interview was not in accordance with the principles of equanimity and neutrality required of the public environment in which it took place, “says the body in its resolution, which has had the vote of eight members in favor another five against, who have cast a private vote in which they collect the allegations of the public channel.