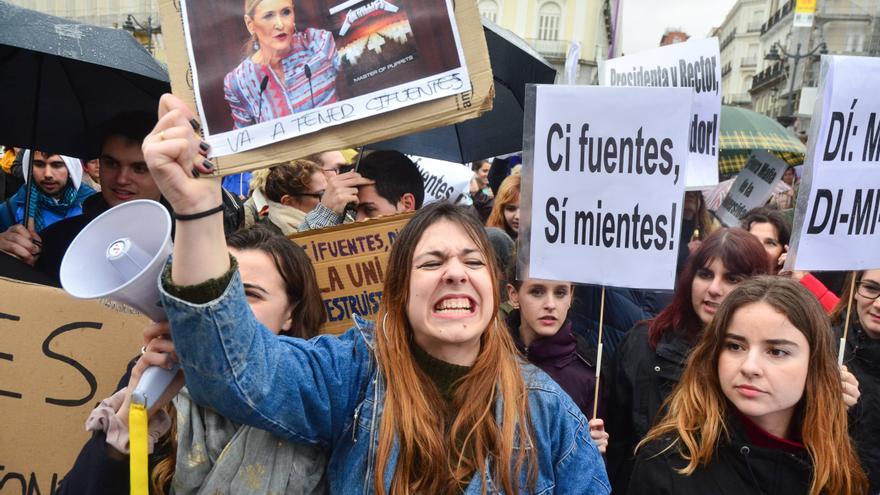 In 2005, Steve Jobs gave one of his most memorable speeches. It was during the inauguration of the course at Stanford University, before tens of millennials who were preparing to make the leap from academic life to work. “Your work is going to occupy a lot of time in your life, and the only way to feel truly satisfied is to do what you think is great work. And the only way to do great work is to love what you do. you have found, keep looking “. Those were the words of the Apple co-founder in front of the lectern, highlighting one of the ideas that has turned his listeners into a burned-out generation: the toxic narrative of “do what you like and you won’t go back to work for a single day.”

Miya Tokumitso, author of the book Do what you like and other lies about success and happiness, points out that Jobs’ speech is based on the “beloved job” narrative. That is to say: the “industriousness” of the job is eliminated to such an extent that it ends up conditioning the success and happiness of the person. There is a work-life integration doomed to exhaustion, although those who suffer from it sometimes do not even perceive it as such.

This is precisely one of the issues addressed in I can’t take it anymore: how millennials became the burned-out generation (Captain Swing), written by American journalist Anne Helen Petersen and translated into Spanish by Lucía Barahona, which comes from a viral article that has accumulated more than seven million readings since its publication. This is not intended to be a self-help book to use or to provide a solution, but rather to offer a lens to see clearly the world that a generation has lived through. In fact, the signature of the author’s email is already a statement of intent about her position: “My working hours may not be yours. Do not feel obliged to reply to this email outside of your normal working hours.”

Helen herself tells how she suffered the consequences of being overwhelmed. It was shortly after chasing stories during the 2016 U.S. presidential election, interviewing survivors of a shooting in Texas, or going to a city in Utah to hear from women who escaped from a cult. It never stopped because the news conference did not stop either. Then her BuzzFeed editor confessed something to her: “I think you’re a little burned out.” She, on the other hand, did not see it that way. He hadn’t suffered a dramatic collapse or anything like that. And he chose to continue.

“We are used to moving forward, even if we feel tired or sick. They tell us to deal with it, that we must be strong, as our ability to move forward is also an indicator of our value as workers. I’ve seen it even with COVID: people who were infected and still continued working, since in this way they demonstrated that they were better employees, “the journalist tells elDiario.es in a videoconference interview.

Professional wear (burnout) it was first recognized as a psychological diagnosis in 1974 by Herbert Freudenberger, who applied it to cases of mental or physical breakdown as a result of overwork. It is different from exhaustion, because it means reaching a point from which you cannot continue. Burnout, on the other hand, is reaching that same point and forcing yourself to continue.

There is a historical record of attrition. The “melancholic weariness of the world,” as psychoanalyst Josh Cohen calls it, appears in the Old Testament or is even diagnosed by Hippocrates. At the end of the 19th century, the term neurasthenia appeared: patients who feel exhausted by the rhythm of modern industrial life. But when did people start talking about burnout as it is understood today? “Being burned out is a symptom of capitalism, and as it has gotten stronger, so has exhaustion,” Helen considers. “With the arrival of the digital age, in addition, work has managed to reach all corners of our lives. I do not think that humans are burned by nature, what depletes us is the type of work that rewards our social and economic system “, Add.

“Stop whining, millennials. You don’t know what it’s like to work hard,” Helen received in her email after posting an article about the exhaustion of her generation. It was just one email of many similar ones. The journalist says that at first those messages only managed to increase her anger against the baby boomers (born between 1946 and 1964), who often describe their descendants as the “crystal generation”, the “thin skin” or “the offended.” However, later he understood that this was not a generational war: attrition is a symptom of modern capitalist society living.

According to Helen, it doesn’t make much sense that boomers criticize the millennials for their way of seeing life when precisely the former were responsible for the education of the latter. “We are what we are thanks to them, like a dark mirror in which they are reflected. But some, instead of feeling empathy or kindness towards us, react by saying that you are made of ‘glass’, as if you were fragile,” says the journalist.

The author clarifies that millennials (born between 1980 and 2000) are no longer mostly a generation of young people. For a long time, many have not tried to get their first job, but to organize their lives with a wealth that, according to a 2018 study by the US Federal Reserve System, is 20% less than that of the boomers at the very moment of his life. But they never prepared for it.

The slogan learned was that based on university studies, work and effort, you could beat the system to, at least, live comfortably. It has not been so. And for Gen Z (born in the late 90s), the difference between theory and practice has been similar or even greater. Where does this feeling come from? “It comes from a feeling of instability and precariousness of boomers. When you have that mentality, what you teach your children from a very young age is that you have to turn your life into a resume to get the best possible job and have security, “explains the author.

But the generation is not the only thing to consider. There are other factors, such as race, gender, place of birth or socioeconomic status that also determine what this experience of burnout is like. So one of the fundamental aspects of Helen’s book, he says, has been to avoid placing the middle-class white millennial experience at the center. “It depends a lot on how much stability you have as an individual within a society. If there is something in your life, your class or your identity that destabilizes you, that is another value within the economic equation that you are trying to solve. For example, if you are a black person in the United States in your day to day also asks yourself, why do people assume things about me because of the color of my skin? “, reflects the journalist.

In her analysis, Helen emphasizes two elements that, according to her, are decisive for understanding the wear and tear of millennials in her country: dealing with college debt and hiring a private pension plan. These are concerns that at least for now are not as present in countries like Spain, where they are needs that a priori should be covered, but it is still not enough. “Student debt in the United States is a great obstacle, but solving it does not end the other problems. Countries can provide safety nets, and having pensions or public health is a huge advance, although this is part of the solution,” he observes the writer.

At the end of the book there is no great revelation as a resolution to the conflict, since it would be impossible and unreal, but there is hope. For Helen, the starting point could be the internalization of a simple phrase: it doesn’t have to be this way. “I believe that millennials are a huge force and a large part of the current population. When we say that ‘this is not enough or I can no longer’, that will become political change. There is hope.”