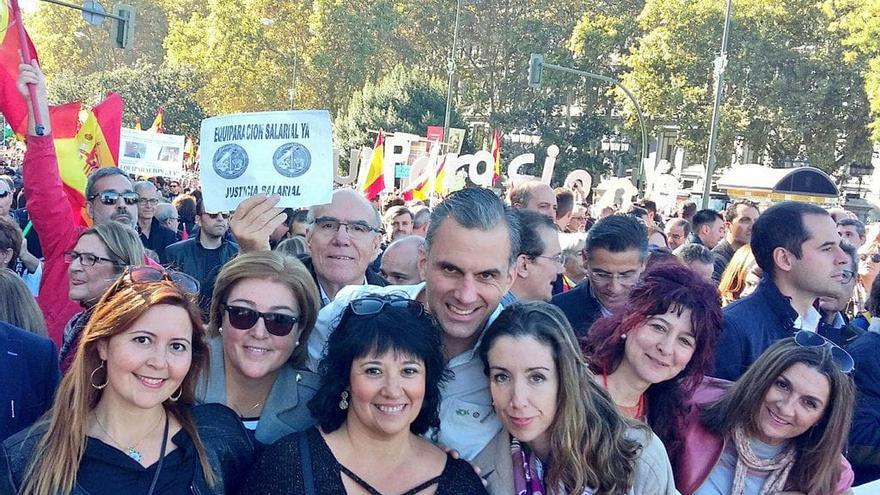 He group of Vox dissidents that announced in March The creation of a new party, TÚpatria, will present the new political project on July 27 at a hotel in Madrid. Its promoters believe that the time has come for those unhappy with the “undemocratic” and “authoritarian” drift by which they assure that the formation of the extreme right wing of Santiago Abascal has been sliding have a place to knock on the door. “Every day there are more Vox affiliates who are leaving the party, fed up with the leadership,” affirm sources of the new formation that defines itself as “liberal in the economic and conservative in the social”. “We are moderate right, nothing to do with Vox,” they emphasize.

In the absence of a definitive organic structure, which will be elected within a year in the Constituent Assembly in primaries by the affiliates – of which figures are not yet known – the party is provisionally chaired by the former Alicante leader of Vox, Carmen Gomis, that in March 2019 she decided to leave the Abascal formation after having held various positions at the national level – she was a vocal member of the National Executive Commission for six months – and provincial, in Alicante, as provincial secretary, deputy secretary of Communication – for whose “work Exemplary “was deserving of a diploma at the Vox Assembly in 2017–, and Deputy Secretary for Territorial Implementation. “I left the ship disappointed and feeling betrayed by several members of the national leadership. Vox has changed a lot,” says Gomis in conversation with el Diario.

Along with Gomis, the National Executive Committee (CEN) includes seven other people, five of them founders of the new party, and among whom is a former member of the national leadership of Vox, whose name, like those of the rest of the CEN, jealously guard until the day of the presentation in society of TÚpatria.

The idea of ​​launching this alternative project to Vox has been forging more than a year ago among an increasingly nourished group of former affiliates, led by some ex-charges of the Abascal party. Several supporters of this new project opened a Telegram channel months ago in which they express their discontent with the formation of Abascal and in which they have already They warned that “the time had come to present the alternative to the Vox fiasco”. In principle, they considered the date for the launch of TÚpatria at the end of March, shortly after registering as a party, first by notary, and once the administrative deadlines had been activated in the Ministry of the Interior. But the outbreak of the pandemic disrupted his plans. So they appreciated that the release was in September. Given the interest they saw among colleagues from their old training to start working, in the end they decided to bring the presentation ceremony to the end of July, which will take place in a well-known Madrid hotel.

How is the new political project going to be financed? According to its promoters, for the moment, and given that there are no established fees and neither “bank loans, nor any of that behind”, “each one is contributing what they can”, among other things to pay the rent of the room where it will be held the act on the 27th. However, the promoters warn that the quota they establish will be almost “symbolic”, “nothing to do with Vox’s 9 euros per month”.

Once the project is officially announced, they will begin the hardest work that is its implementation at the national level. As they say, for now they only have structure in some provinces, “in large capitals,” they detail, “with people who are working with great enthusiasm.” “Everything will be reflected on our website,” they say, which will open a space for membership. They doubt, however, that they will be able to stand for the Catalan elections because they will not have time to organize a sufficient structure between now and the end of autumn, which is the date being considered for these regional elections.

In case there were doubts, they clarify that TÚpatria have “nothing to do” with VoxHabla, the critical current of Carmelo González, the Vox de Canarias affiliate who was fired Fully as Vox communication manager in the province of Las Palmas after announcing that he would compete against Santiago Abascal for the party’s presidency in the last National Assembly. “We respect Carmelo’s option, but we cannot go hand in hand because he wants to continue in Vox to change it from within. We do not believe so. There is life outside of Vox,” they say.