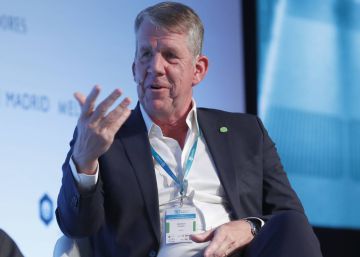 Fritz Joussen, CEO of TUI, the world’s largest tour operator, predicted this morning that German tourism will return to Spain in droves this summer. During his speech at the Fhotusa gold he stressed that the situation is much more optimistic than two weeks ago. “Those vaccinated are growing, the outbreaks have decreased and politicians have already made the decision not to approve more restrictions. The Canary Islands and the Balearic Islands are already below 50 cases per 100,000 inhabitants, therefore, ready to receive touristsWhile the German government has already exonerated those who are vaccinated from quarantine, ”he said during his speech.

To support this forecast, Joussen has ensured that this past weekend Spain closed with more reservations than in the same period in 2019. “Prices are going to be good and demand is growing every week.” Between June and September 2019, 37.6 million foreign travelers arrived in Spain, of which 4.9 million (13% of the total and the second source market after the United Kingdom, with 25% of the total) were Germans . Joussen’s estimate is that 85% of the flow of travelers in the summer of 2019 could be reached, which could reach four million Germans. And the most benefited destination would be the Balearic Islands, since more than half of its travelers come from Germany. In the summer of 2019 it received 8.6 million travelers.

TUI’s CEO was not so optimistic about the UK. The decision to limit travel abroad from Monday to a list of 12 countries (The only big one is Portugal) and leaving out Spain, Italy or Greece has frozen “for now” the strong accumulated demand after 13 months of pandemic. “In the next two or four weeks, the British government has to make a decision regarding Spain and the conditions that you set for travel will be very important when the pre-crisis levels recover ”.