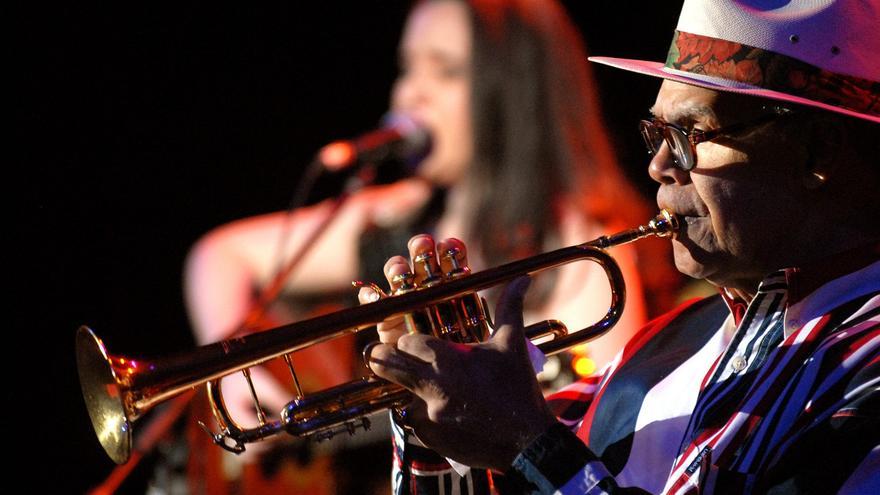 Panamanian jazz singer Idania Dowman, a colleague and friend of Paz, was one of the first to confirm the death of the trumpeter in a call to the local newspaper La Estrella de Panamá, which reported that for now the cause of death is unknown.

“With his unfortunate death, Panama says goodbye to an icon of music of all time and a Panamanian who always put the name of his country at the top, along with the best and most complete artists of all time”, The Panamanian Minister of Culture, Carlos Aguilar, said in a statement.

‘Vitín’ Paz was a musician who was on the best stages together with relevant artists and singers in Caracas, New York and Panama, whether in theater, salsa, jazz, and also in films like “Mambo Kings”, in which he played the trumpet by actor Antonio Banderas, according to his resume.

Paz, who was always first trumpet, married and father of four children – none of them a musician – returned to Panama in 1999 after staying in New York for a period of 36 years.

Already in Panama he held occasional concerts, taught music at the University of Panama and in recent years recorded several albums in the country. The motto he shared with his students is that “study and truth are the key to tranquility and true happiness.”

In 2011, the Panama Jazz Festival (PJF) dedicated its eighth edition to Paz for his career in the history of music worldwide.

Paz thanked the PJF for the distinction, and affirmed that music in his case has been “more than a job, a pleasure”, while taking advantage of the focus placed on him to advocate that the State support “without misery” those who aspire to be musicians.

In one of his many interviews, ‘Vitín’ himself said: “I started my musical career as a child, listening to my father (Víctor Nicanor Paz) play his trumpet and my mother singing, the two of them are still my main teachers”.

It was with his father, in the Fire Department Band, that he made his debut as a trumpet player from the age of 13 to 19, when he began to show his talent as a future first trumpet and attract the attention of more experienced musicians.

It was then the occasion that the Panamanian musician and composer Avelino Muñoz recommended him precisely to be hired as the first trumpet in the Orquesta de Planta de Radiodifusora Venezuela, in Caracas, with it he remained from 1952 to 1953, when he returned to his Panama to playing with Panamanian musicians until 1956 when he returned to the South American country to be hired by orchestras, make recordings and participate in television shows.

IT WAS ALWAYS THE FIRST TRUMPET

In New York, where he arrived in 1963 and stayed for 36 years, Paz played for the best artists.

In 1963, in the “Big Apple”, he began as the first trumpet of the Tito Rodríguez Orchestra, until 1966 when this group ended, and then went on to work with Tito Puente, with whom he made some tours abroad, one of these to Panama. for the carnival in 1968. With Tito Rodríguez he went to Argentina in 1986.

It was in the city of skyscrapers where he decided to establish himself as a musician and do a whole range of jobs that ranged from recording commercial spots, to rubbing shoulders and showing off with the trumpet on Broadway in shows like “Barnum”, “Cabaret”, “Cats” ( for 10 years), “Raisin in the sun”, “The Guys and Dolls”, “Sargeant Pepper (The Beatles).

He confessed that the only musician who has always united a friendship with him is with the Puerto Rican Eddie Palmieri, with whom he recorded the hits “Puerto Rico” and “Adoración”, as well as the musical album “El sol de la Música Latino” which won the Prize. Grammy.

Among the salseros he supported with his trumpet are Rafael Cortijo; Ismael Rivera; Cheo Feliciano; Gilberto Santa Rosa; La Lupe and Celia Cruz.

But the list is more extensive and includes concerts with the Fania Alls Star in Africa in 1974 at the time of the fight between Muhammad Ali and George Foreman, and also in Panama.

Diego Boneta, Gloria Estefan and Andy Garcia, together in ‘Father of the Bride’