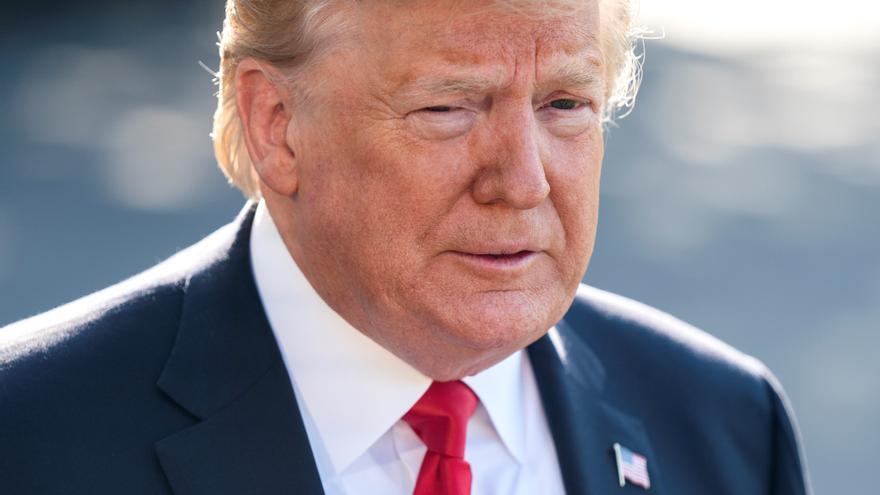 US President Donald Trump said Wednesday that the impeachment initiated by the Democrats is "the continuation of the greatest witch hunt in the history of politics." "It is ridiculous. This impeachment is causing tremendous anger and tremendous damage. I do not want violence," he said before his trip to Texas.

It is expected that the House of Representatives vote this week on a second impeachment to Trump - the first president in US history to face this process twice - for inciting the assault on the Capitol that occurred last Wednesday.

"What I said during my speech was totally appropriate. And if you look at what other high-level politicians said about the summer riots [protestas contra el racismo], that was a problem. But they have vandalized my speech and my words, "said Trump in reference to his intervention in the demonstration last Wednesday in Washington under the slogan 'stop the robbery.'

Minutes before the assault, the president addressed the protesters: "Let's go down Pennsylvania Ave [carretera del Congreso] and we're going to the Capitol. We are going to go and we are going to try to give weak Republicans the pride and courage they need to take back our country. "Shortly afterwards he dedicated other words to the assailants:" We love you. You are very special. "

Trump has made these statements to journalists at the White House shortly before leaving for a trip to Texas, where he will visit the construction of the border wall, and amid the political tension that the country is experiencing after the chaotic days of last week .

This Tuesday, the House of Representatives will also vote on a resolution requesting Vice President Mike Pence to resort to the 25th amendment to the Constitution to remove the president. The resolution calls on Pence to "declare what is obvious to a horrified nation: that the president is incapable of successfully fulfilling the duties and powers of his office."