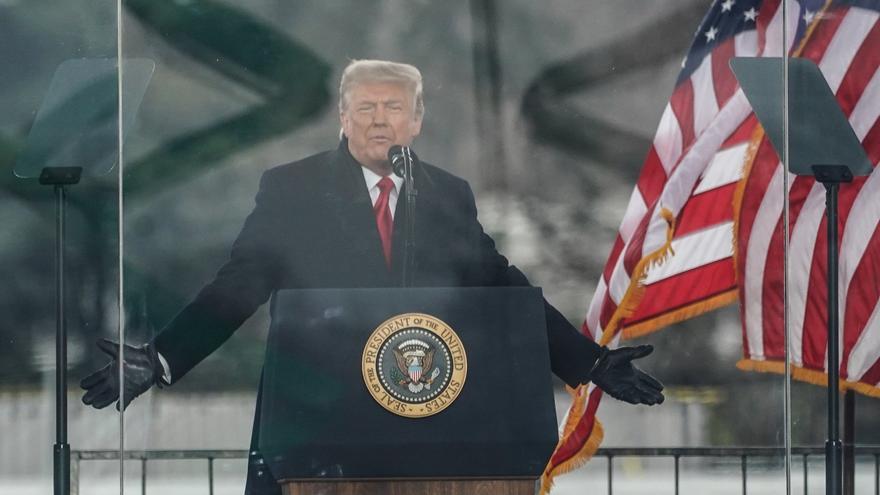 The still president of the United States, Donald Trump, would take weeks weighing the possibility of preemptively self-pardoning before leaving the presidency next January 20, informs The New York Times relying on testimonies from two different sources. The news is published the day after the violent assault on the Capitol.

This decision, according to the New York newspaper, “would mark one of the most extraordinary and unprecedented exercises of presidential power in American history.”

Trump would have been weighing that decision at least since the last November 3 election and asking his advisers if he should do so and what implications it would have for him, both legally and politically.

The journalists who publish this exclusive do not know with certainty if Trump has raised the issue again since this Wednesday incite his followers to march on the Capitol.

The US president would be persuaded, according to the aforementioned information, that his political enemies will resort to legal mechanisms and security forces to persecute him once he leaves the White House.

So far, recalls The New York Times, no president has preemptively pardoned himself and jurists seem divided on whether the courts will recognize such a move.

In an interview published by elDiario.es two days before the elections, one of Obama’s advisers in the White House, David Axelrod, already predicted what Trump later ended up doing: “He will purge and grant pardons to his friends and allies. He can try to approve a pardon for himself, although it is not clear if possible. He can prophylactically pardon people for any crimes they have committed in office. ”

Since Trump’s last days in office, he has already pardoned about thirty people. Among others to Charles Kushner, the father of his son-in-law Jared Kushner, as well as his former collaborators Paul Manafort and Roger Stone. Also to General Michael T. Flynn, his first national security adviser and who pleaded guilty in 2017 to having lied to the FBI about his contacts with Russian officials.

Flynn was one of the key figures in the investigation of the so-called “Russian plot” into the possible interference of the Kremlin in the elections that brought Trump to power in 2016.