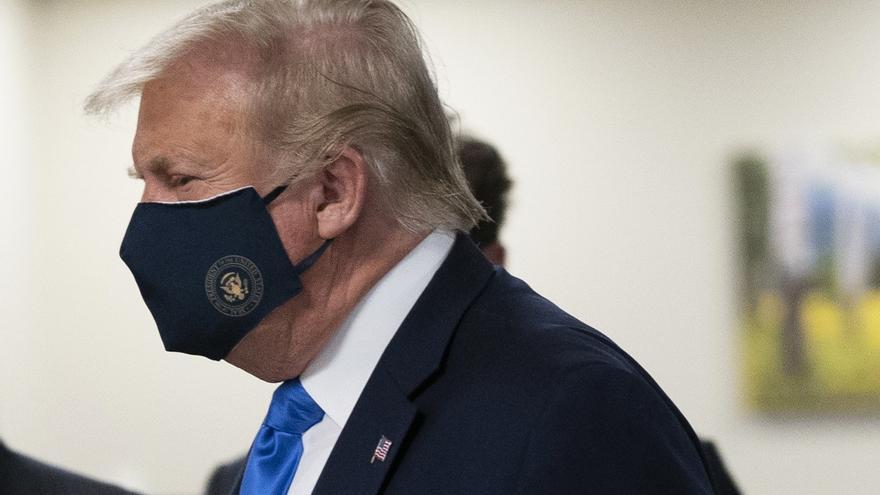 Donald Trump will remain hospitalized for “several days”, after his transfer by helicopter from the White House to the Walter Reed military medical center, hours after being diagnosed with Covid-19, say several US media. According to the sources, the president of the United States presents a picture of low-grade fever (weak fever), nasal congestion and cough, and the transfer is carried out as a “precautionary measure.” In addition, he has been administered an experimental antibody cocktail, a dose of eight grams of a preparation from the pharmaceutical company Regeneron, according to his doctor Sean Conley in a statement.

“President Trump remains in good spirits, has mild symptoms and has been working all day. As a precaution and on the recommendation of his doctor and experts, the president will work from the presidential offices of Walter Reed (hospital) for the next few days,” White House spokeswoman Kayleigh McEnany also indicated in a statement quoted by the EFE agency. According to some sources, the president had insisted on walking on his own foot to ‘Marine One’, the presidential helicopter traveled the 15 kilometers that separate the White House from the medical center.

President Donald trump announced that both he and the first lady have coronavirus this Friday at dawn, that is, one month and one day before the elections. What happens on November 3 will already be marked by the illness that personally affects the president and that has killed more than 200,000 people in the United States. In the worst case, if Trump suffered a more severe course of the disease, he could be out of the game for the rest of the campaign.

The medical center is approximately 15 kilometers from the White House. According to sources, a workspace has been set up in the hospital for the president to continue with his activity.

Tags: coronavirus, days, during, give, hospitalized, positive, Trump, will remain