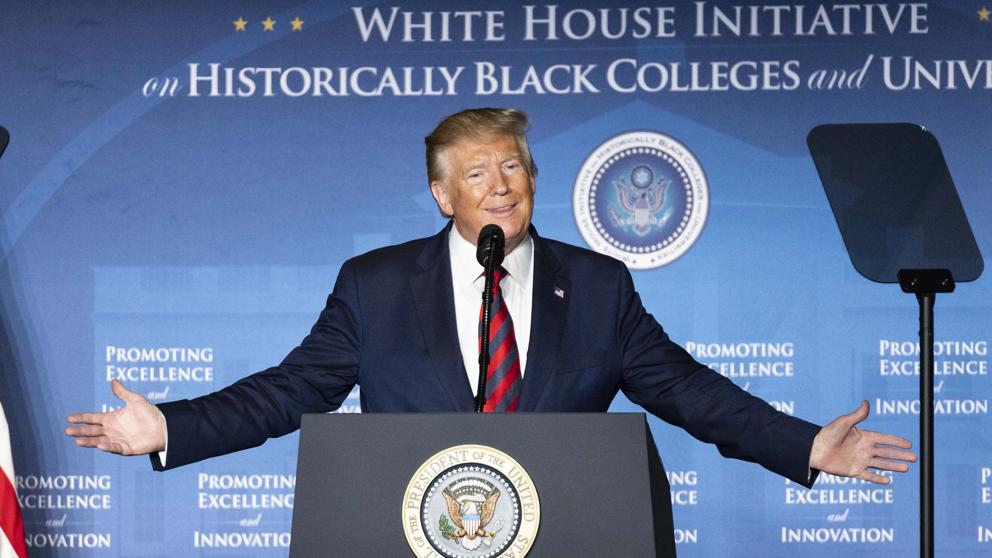 A few weeks after the announcement meeting between China and the United States to get an agreement that lowered trade tensions, Donald Trump announced yesterday via Twitter that he delayed two weeks, until October 15, the date of application of the new duty to China, valued at 250,000 million dollars. Trump justified this decision as a gesture "of goodwill”In response to a request from Chinese Vice Premier Liu He, on the occasion of the celebration of the 70th anniversary of the people's revolution, which took place in 1949.

Reasons aside, this decision came hours after Peking announce, in a gesture full of symbolism, what 16 categories of American products will remain exempt from 25% tariff recharge It was launched last year.


The opening constitutes a flexibilization that could facilitate a trade agreement

The measure includes in particular pharmaceutical goods, lubricating oils and pesticides valued at 1.5 billion euros. This figure represents only 3%
of the set of value of products that are subject to Chinese tariff increases. There are still 5,000 goods that suffer from this additional tax, such as soybeans or cars, key sectors for the US economy. (and for the Donald Trump electorate).

However, the opening constitutes a regime easing that could facilitate a trade agreement Between the two countries. “The exemption could be seen as a gesture of sincerity towards the US. before the negotiations in October, ”the ING bank wrote in a note. The world stock exchanges reacted yesterday to the rise. The actions of the european bags they went up to maximum of the last six weeks.

Beijing also reported yesterday that global funds they will no longer need administrative authorizations to acquire Chinese stocks or bonds and eliminated the ceiling of the limit of 300,000 million dollars for cross-border operations. It is another measure that opens the Chinese economy and aims to increase yuan use in international markets to rebalance your balance of payments.

ACS increases its profit by 5.1% and earns 962 million