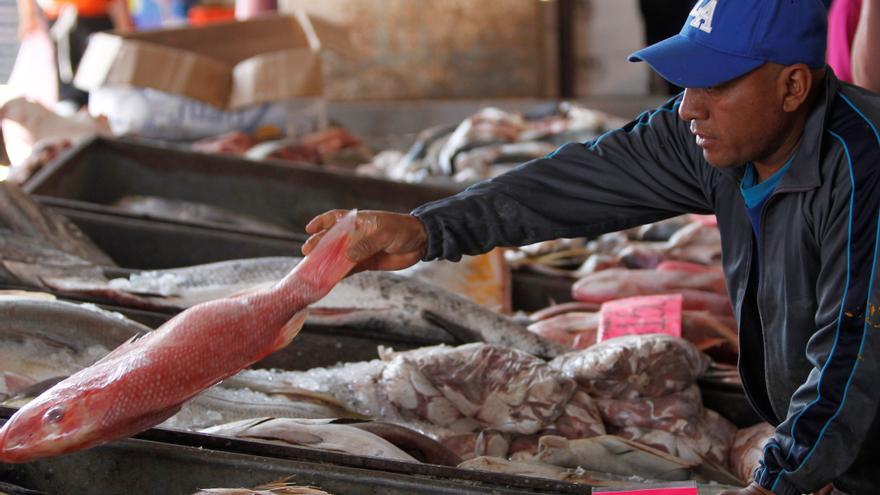 Mexico, Mar 20 (EFE) .- 44% of the fish sold in fishmongers and restaurants in Guadalajara, Mérida, Ensenada and Tijuana, four major Mexican cities, are replaced by other species in a practice that affects consumers and fishermen in the country , according to a study by the Oceana association.

“Fish consumers are being deceived because they are given very cheap species and they are sold as much more expensive species. We found that one in four times the substitution was for species of much lower value,” explained Mariana Aziz to Efe, responsible for the study “Gato por hare” of Oceana.

Aziz also highlighted the damage to Mexican fishermen, who this practice leaves in “a position of quite unfair competition” as they are unable to compete against imported species much cheaper than what they can offer after fishing in the national coasts.

“Many times the substitution was by base. This is a species that is massively produced in Asian countries, especially in China and Vietnam. We import it and it is being sold as if it were grouper or red snapper (red snapper), which are fisheries. of great national importance and that contribute a lot to the economies of local communities, “he said.

In addition, the substitution can damage “the health of the seas” and protected species such as the mako shark, sold as marlin or cabrilla, much more common fish, added the member of this NGO that ensures the protection of the oceans.

Outside of the economic motive, the causes of the substitution of species are not clear, so Oceana demands “a (mandatory) traceability of the value chain” of fish to understand “at what stage the problem occurs and what was the motivation “.

“The market value chain is very complex. (Fish) passes through many hands and many places since it is caught. It arrives at the port, at the processing plant, is filleted, frozen, canned. So it is difficult to know in at what point in the value chain did this substitution occur and what was the motivation, “lamented Aziz.

The person in charge of the study assured that “many countries have already adapted” the traceability requirement, such as the members of the European Union, which not only allows the authorities to know the information, but “could also be available to any interested consumer” .

In addition, controlling the processes that fish undergo from its fishing to the point of sale could facilitate ending illegal fishing, which takes advantage of these gaps in the value chain to give entry to its gender.

“It is very easy to produce what is known colloquially as fish washing. Legal fish are mixed with illegal fish and it ends up being commercialized. In the end, what reaches our plates we are not sure whether it is a legal or illegal product. “, he described.

With these types of alerts, Oceana hopes to awaken the conscience of consumers, often oblivious to the deceptions hidden by the fish served at their table.

“Fish consumption in Mexico is still low. Many times we ask for fish without worrying much about what species they are giving us and what its origin is,” Aziz concluded.