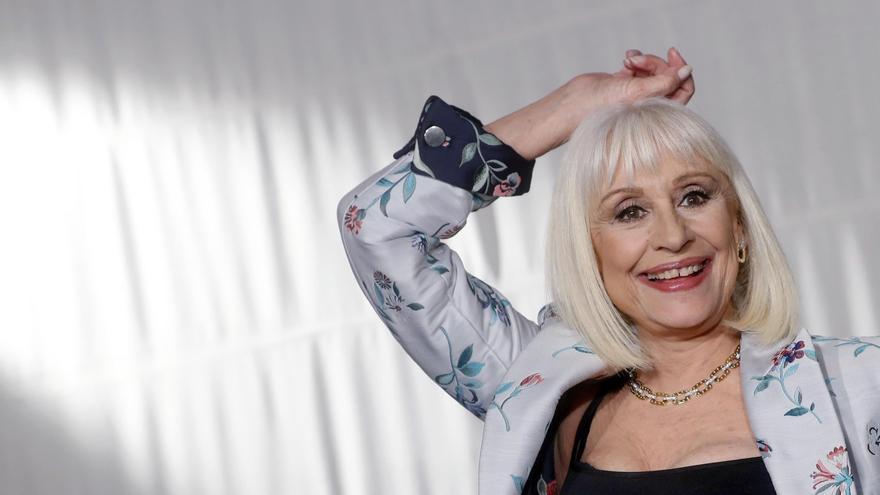 Rome, Jul 7 (EFE) .- The death of the Italian singer and presenter Raffaella Carrá, whose burning chapel will be opened today in Rome, continues to shock the country and, two days later, the messages of tribute for the iconic television artist continue.

Today the Italian media used some of the songs and television programs of the multifaceted artist to celebrate the passage to the final of Italy in the European Championship, as is the case of “La Stampa” in Turin, which he titled “Carramba che Italia!” , or “La Gazzetta dello Sport”, which put “Fiesta!” on the cover.

The Italian coach himself, Roberto Mancini, remembered Carrà to celebrate the victory against Spain, and on social networks he shared the message “Ma che musica maestro”, the title of a famous song by the singer, accompanied by a photo of the Italian team .

The singer Laura Pausini, who had already been very distressed by the death of Carrà, asked this Tuesday that Italy dedicate a day of “national mourning” to her after ensuring that she felt “grateful for being born at this time and having been able to admire her, take it of example and idolize “.

“I would very much like our country to recognize all that it has represented for us and in the world, dedicating a well-deserved national mourning to it,” Pausini wrote on his Twitter account, in which he has placed a black crepe as a tribute.

Pausini stressed that “Raffaella Carrá is an important woman” for Italy, “because of her artistic weight, her will, commitment, sacrifice and passion”.

For his part, the screenwriter Enrico Cibelli claimed on Twitter to rename the bill against homophobia, known as DDL Zan and which is being debated these days in the Italian Chamber of Deputies, as DDL Carrà, due to the artist’s significance with the collective gay, a proposal that has received a lot of support on the social network.

Also this Tuesday the choreographer Sergio Iapino, Raffaella Carrà’s ex-partner, asked “one last goodbye” to the “fans” of the artist, Italian television face par excellence, who died this Monday at the age of 78.

“I make an appeal: I ask all its ‘fans’, in Italy, in the world, in the churches of small towns and in those of the big cities, to meet at 12 on Friday to offer all together the last virtual farewell to Raffaella “, expressed Iapino, in statements collected by Italian media.

The funeral of Raffaella Carrà, born Raffaella Maria Roberta Pelloni in Bologna (Emilia-Romagna, northern Italy) on June 18, 1943, will take place tomorrow, Friday, at 12.00 local time (10.00 GMT) in the church of Santa Maria in Ara Coeli, located in the Plaza del Campidoglio, where the Roman consistory is located, sources close to the family informed Efe today.

Today, in the City Hall, the burning chapel will open from 6:00 p.m. (4:00 p.m. GMT) after a funeral procession that will begin at his home in Rome, where he died yesterday after a long illness of which no details have transpired, although some media claim it was lung cancer.

The death of “la Carrà” was unexpected for Italy, where the farewells to the multifaceted artist have been happening since Monday, with special programming on television and endless messages on social networks.