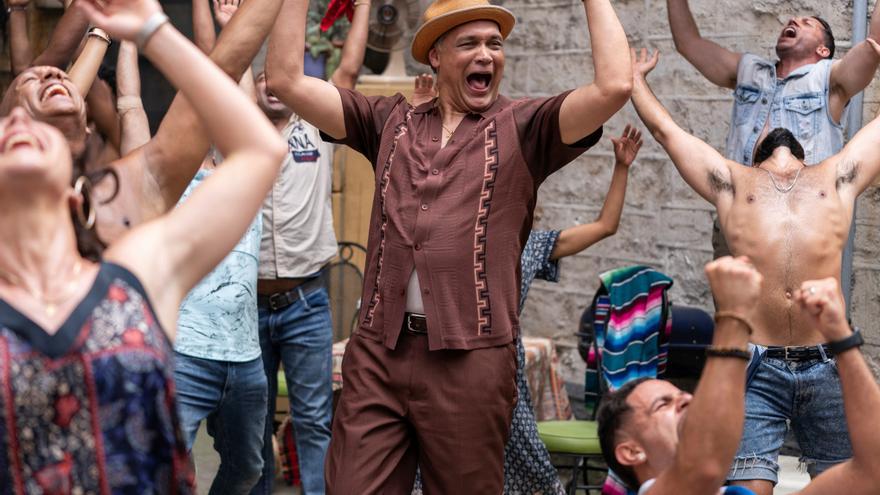 New York, Jun 9 (EFE) .- The Tribeca Festival, which claims to be the first film screening to be held in person in North America since the start of the pandemic, began 12 days of screenings and events this Wednesday with the world premiere of the long-awaited film “In The Heights” in New York’s mostly Latino neighborhood of Washington Heights.

The stars of the musical traveled there, including Anthony Ramos, who plays the title role, along with the rest of the cast, consisting of Corey Hawkins, Leslie Grace, Melissa Barrera, Olga Merediz and Daphne Rubin-Vega, who walked through a yellow carpet, and not a red one, and that also, because of the coronavirus, was less crowded than that of a current premiere.

As it could not be less, the director of the film, John Chu, responsible for the popular “Crazy Rich Asians”, and Lin-Manuel Miranda, the creator of the musical on which the film is based and which came to Broadway in 2005, after what was done with several Tony awards, the Oscars of the theater.

THE INSPIRATION OF ANTHONY RAMOS

“This is the Broadway show that gave me hope to continue acting and that has inspired me in my career and in my life, and to be able to be part of it is a gift,” said Ramos at the premiere, who also stressed that he has been a time waiting for this moment, since the tape should have been released last June but was delayed by the pandemic.

The great event took place at the United Palace, located in the same neighborhood where the inspiring story of immigrants that the film tells takes place, Washington Heights, in northern Manhattan, where a significant part of the Latino population of New York.

The building itself also had special significance, a majestic theater that opened in 1930 and has since served as a church, a cinema, an event room, and the setting for film and television recordings.

“It will be presented in the neighborhood that the film itself talks about. I have always dreamed of having a premiere here at the United Palace in Washington Heights,” Miranda recently commented in an interview with Efe.

“The theaters no longer make them that way. Well, in fact they have never been done like this,” added the actor and composer with a laugh, who recalled that the fifth anniversary of the Broadway musical was celebrated in that same place.

The one at the United Palace was just one of the screenings of “In The Heights” that were seen this Wednesday in the Big Apple, since New Yorkers were able to see the musical simultaneously in 12 other points throughout the city, most of them spaces open.

In the Battery Park, located in the south of Manhattan, another carpet was unfolded for the premiere of the film, but this time for the members of the jury of the contest, among them Sharon Stone, Mollye Asher, Justin Bartha, Elegance Bratton, Bryan Cranston , Judith Godreche, Andre Holland, Delory Lindo, Tig Notaro, and Sabrina Schmidt Gordon.

In addition to the inauguration, the exhibition will screen several of his films in public spaces, leaving aside the exclusively digital format that he had to adopt last year due to the coronavirus.

With this return to normality they mark its 20th anniversary, since Tribeca was founded by Robert De Niro and Jane Rosenthal shortly after the attacks of September 11, 2001, with the aim of revitalizing the southern area of ​​Manhattan, the most affected by the attack.

The hitherto Tribeca Film Festival also announced on Wednesday that it is leaving behind a part of its name, and is being renamed simply the Tribeca Festival.

In its twentieth edition, the sample has 66 films from 23 countries that can be seen in person, as well as another 35 films that will be released only online, as well as a new category of podcasts.

Along with “In The Heights,” the show boasts its centerpiece will be Steve Soderbergh’s latest film, “No Sudden Move,” starring Don Cheadle, Benicio del Toro, David Harbor, Ray Liotta, Jon Hamm, Amy Seimetz. and Brendan Fraser, and it will be seen for the first time in Tribeca.

The final point will be put by a documentary by comedian Dave Chappelle on June 19, which will celebrate the reopening of the iconic Radio City Music Hall, which has been closed since March 2020.