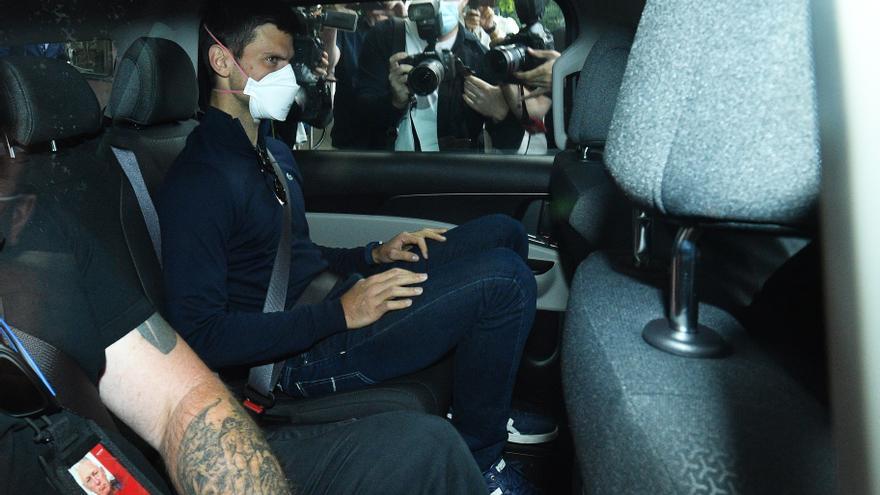 The Federal Court of Australia started this sunday analyze an appeal filed by the lawyers of Serbian tennis player Novak Djokovic against the government's decision to cancel his visa for the second time and deport him.

Australia's Immigration Minister Alex Hawke argues that the presence of Djokovic, detained since Saturday in a hotel for immigrants in Melbourne, may fuel "anti-vaccine sentiment" and lead to disturbance of public order.

For his part, the defense of the 34-year-old Serbian tennis player, who has not been vaccinated against covid-19 and opposes compulsory immunization, claims the minister's arguments are irrational and will harm "a man of great reputation" that you have a good medical reason not to be vaccinated.

The case about the entrance to the country of the tennis player, who seeks to participate in the Australian Open to win the tenth trophy of this championship and becoming the most awarded tennis player in history with 21 Grand Slams, coincides with a spike in infections in the country linked to the omicron variant.

He traveled to Melbourne from Spain

The eve, Djokovic met with his lawyers to discuss legal strategy of the case before being transferred by the authorities to the Hotel Park, where he was already detained between Wednesday of last week when his visa was revoked for the first time and this Monday when a court released him.

Djokovic traveled to Melbourne on January 5 from Spain cWith a medical exemption for not being vaccinated due to having been infected with the covid-19 recently to play the tournament that begins on Monday and where he plans to face his compatriot Miomir Kecmanovic in the first round.

Australia, which applied one of the toughest policies in the world against the pandemic, which included the closure of its international borders for more than 18 months, only allows the entry of foreigners who have the complete guideline of serum against covid-19 or with a medical exemption for very specific cases.