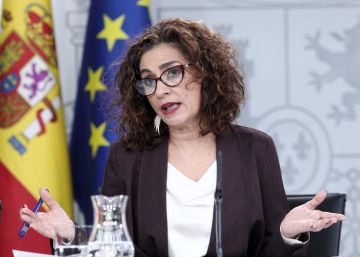 The Government has decided to lock the public box, and leave the key in the hands of the Treasury, in order to contain the deficit and reserve resources for when the funds are promoted. General Budgets of 2020 that formally cannot begin to be processed until at least March.

This is included in a provision of Treasury, published yesterday in the Official State Gazette (BOE), in which “measures of public spending management to guarantee that, in the scenario of extension of the State Budgets in force in the year 2019 to 2020, the process of reduction of the public deficit is continued, thus guaranteeing the fulfillment of the budgetary stability objectives and the current spending rule ” . Although this has already been done for other years, the ministerial order also establishes “certain controls in the execution of expenditure” public “in order to avoid high execution of budget credits before the approval of the General State Budget Act for 2020”.

The measures announced yesterday, which develop the budget extension decision adopted by the Council of Ministers on December 27, include “the obligation of the Ministerial Departments to send to the Ministry of Finance a semiannual calendar in which all the actions that plan to start in 2020 ”, and must present the plan for the first six months“ before February 10 ”and“ the one for the second half of the year before June 30, 2020, unless approved by the General State Budget for 2020 with previous date ”.

“The calendar must be approved by the Secretary of State for Budgets and Expenses, under the Ministry of Finance,” the Ministries not being able to promote measures not contemplated in these plans. From there, the department headed by María Jesús Montero, Minister of Finance and spokesperson for the Executive, establishes a general spending limit of 50% of the funds allocated, a threshold that ministers can only overcome with their express authorization.

This protocol of budgetary prudence will govern until the approval of new accounts for the fiscal year 2020, which cannot begin to be processed before the month of March. This is derived from the ministerial order of the Treasury, published in the BOE last Tuesday, which governs the design of the new accounts. Beyond marking the budgetary objectives, or their feminist and environmental aspect, the text indicates that the management centers of the public entity must submit their proposals for the new accounts to the Treasury “before February 20, 2020”. That is, until then the previous steps necessary to start articulating the Draft Budget Law will not have been completed. Moreover, the document indicates that the investment projects to be financed with European Union funds may be communicated “before February 27”, so official sources confirm that the articles of the accounts will not start before the deadline expires. .

It is expected, in any case, that the presentation of the 2020 budget plan be delayed even beyond that date, taking into account the previous steps pending. First, the Executive has initiated a negotiation with the European Commission to try to make the current deficit path more flexible and thus gain some margin of expense. Once an agreement is reached, the Treasury will summon the regional councilors of the branch to two Fiscal and Financial Policy Councils to present both the path and the expense ceiling.

Subsequently, both magnitudes will be taken to Congress and the Senate for approval. Once this part is completed, the Treasury could already present the Proposed Draft Budget, although Montero has advanced that it will not take it to Parliament until it has enough support to move it forward, thus preventing the accounts from being laid down as happened in 2019. Renewing the majority The investiture to approve the accounts will require the abstention of ERC, which in turn will depend on the progress of the dialogue table on the secession of Catalonia.

To avoid the pressure of the calendar, the president of the Government, Pedro Sánchez, has given himself room announcing that he aspires to approve the Budgets before the end of the summer, although the intention is to try to do so before.

Recurring payments. The new public expenditure control measures announced yesterday by the Ministry of Finance will explicitly affect “each of the Ministries” as well as “each of its autonomous bodies” and “each of its entities with a limited budget.” All of them will have to inform Minister María Jesús Montero in advance of their semiannual spending plans and submit to the investment limitations that she imposes when they propose programs that exceed 50% of her budget allocation. However, the ministerial order published yesterday in the BOE establishes a series of expenditure exceptions that, due to their peculiarities and recurrence, will be exempt from the strict control imposed by the Treasury. These are basically the funds for the financing of pensions and other benefits dependent on Social Security, passive classes, unemployment insurance or social benefits. Nor will resources related to healthcare or internal transfers made between entities with the same limited budget be affected. Of course, the Government has already committed 4.7 billion euros in raising pensions and public salaries.