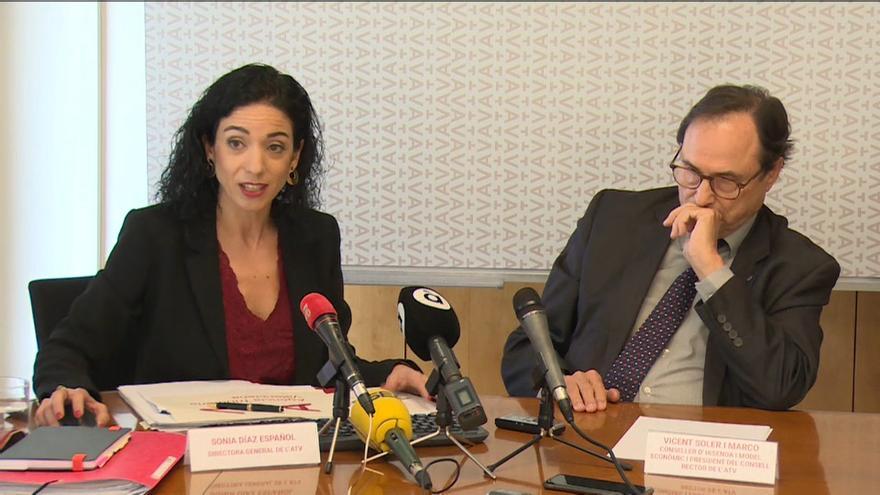 The Agència Tributària Valenciana (ATV) has collected 14 million euros after concluding a fictitious tax address change procedure, including the regularization of taxes on Assets and Inheritance and Donations. “The downward tax competition between autonomous communities encourages tax fraud”, said the Minister of Finance and Economic Model, Vicent Soler. The minister stressed that the ATV’s actions to deal with the problem of fiscal “dumping” “are bearing fruit thanks also to the collaboration of the State Agency for Tax Administration with the Generalitat through the permanent Working Group”.

Vicent Soler stressed that this collaboration has served as an example for other communities that also suffer from this problem and with which the AEAT has set up other work commissions.

The director of the Valencian Tax Agency, Sonia Díaz, has confirmed the entity’s concern about this problem, which has resulted in an increase in open procedures. “Tax dumping exists. Since 2017, 22 cases have been initiated for alleged fraud in the change of tax address, one in 2017, eleven in 2018 and ten in 2019, of which the AEAT has already been urged to initiate 14 procedures for change of address “, has pointed out the director of the ATV.

In addition, the head of the Valencian tax administration has confirmed that “thanks to computerization, the use of new technologies and synergies between ATV departments” in the coming months, 38 new cases of possible fictitious tax addresses corresponding to the fiscal year will be investigated. 2020.

The actions will focus on those taxpayers whose presumed assets for 2016 and 2017 exceeded one and a half million euros. “During the last quarter of this year, the appropriate requirements will begin to collect the antecedents of roots that prove residence in our community,” said Díaz.

In this sense, the technicians of the Valencian Tax Administration have shown their “concern” about the seriousness of the cases of “fiscal dumping” and have affected that “some large Valencian patrimonies move to Madrid in a fictitious way to avoid taxes, before the Heritage and Successions and Donations bonuses offered by that community and thus avoid paying these taxes in the Valencian Community ”.

Sonia Díaz has remarked that the cases of dumping tax are especially serious because they produce a double effect: “The first, in relation to the assigned taxes managed by the autonomous communities, and the second, on the collection of personal income tax, one of the bases on which transfers from the tax system are calculated. regional financing ”. Díaz pointed out that among the ATV’s challenges is “professionalization, prosecution and increased effectiveness in detecting fraud.”

Collaboration with the AEAT and with other CCAA

From the Tax Agency they have pointed out that all the procedures begin with an investigation and search for signs of daily life that lead to suspect fictitious changes of address, such as health cards, pharmaceutical expenses or electricity consumption “to check if the homes are really inhabited ”. For this reason, it has reiterated that “collaboration with the State Tax Administration Agency and with other Autonomous Communities allows us to more effectively and efficiently fulfill our task of fighting tax fraud.

“If we want to end the dumping Tax information requires the exchange of tax information both with the central administration and with the rest of the autonomous communities through the Territorial Council for the Direction and Coordination of Tax Management ”. Likewise, Díaz has also valued the work carried out by the IT Department of the Valencian Tax Agency itself “since thanks to its transversal work with the information and assistance, management, inspection, assessment and collection units we have been able to streamline the processes and work operations in recent months ”.

4.1 billion less, according to the IVIE

In a recent report by the Valencian Institute of Economic Research (IVIE) it was evidenced that the Community of Madrid stops earning more than 4,100 million euros per year, which could be allocated to fundamental public services, due to its policy of tax benefits, mainly income and high net worth. A policy that it can face thanks to the concentration in Madrid of large incomes and assets as a consequence of the ‘capital effect’, which absorbs resources, population, state officials, tenders and influence networks, to the detriment of other territories.