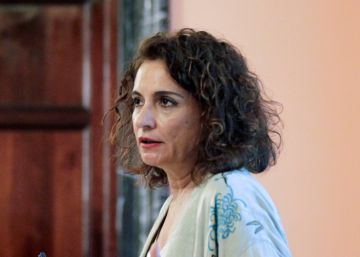 The Ministry of Finance finalizes the design of an extrajudicial mechanism for resolving tax disputes between countries of the European Union. The system, which Brussels has demanded to implant to all the Member States, will decide in those cases in which the tax authorities of different communitarian territories dispute the collection of the income or the patrimony of the same taxpayer. It will be the latter, in any case, who can ask for his intervention when he detects that his money is subject to double taxation.

The project to create this mechanism, promoted by the General Directorate of Taxation, has just been offered for public consultation to allow interested agents to submit, before September 9, the contributions they deem relevant for their final design.

In the absence of analyzing these proposals, the Treasury plan goes through complying with the 2017/1852 community directive by modifying the consolidated text of the Non-Resident Income Tax Law and the regulation of friendly procedures regarding direct taxation.

The objective is to create an "effective" and "transparent" framework for the resolution of tax disputes that guarantees "legal certainty" and "a favorable business environment" for the benefit of all taxpayers.

If they detect that two States try to tax their income and their assets simultaneously, citizens and companies may initiate the extrajudicial procedure by presenting their case to the tax authorities of both countries seeking a friendly resolution. If not achieved, the new extrajudicial mechanism will be launched. This may be in the form of an advisory commission composed of fiscal officials from the countries involved plus independent personalities, or an alternative dispute resolution commission. The friendly resolution phase already exists for related operations and attribution of corporate benefits, but it will be a novelty for natural persons.

Regardless of whether they decide to go in parallel to the judicial process, taxpayers will have three years since receiving the tax notification that causes them the problem to submit the request for extrajudicial resolution. This should be sent to each of the countries involved that will have six months to decide whether to reject the request (due to defects in form, term or absence of conflict) or to admit it, which will happen automatically after half a year of administrative silence.

If a friendly agreement is not reached, the commission's opinion will be binding on the authorities of the member states, although it will not set a precedent, as long as the taxpayer accepts its content and renounces to go to court, for which it will have a term of sixty days.

The authorities will be required to publish a summary of the resolution and it will be at their discretion to reproduce it in its entirety.

Long duration. “A fair and efficient tax system in the EU must also ensure that the same income is not taxed twice by two different Member States. When this occurs, the problem must be resolved quickly and efficiently. From today, the resolution of tax litigation will be much easier, ”said the Commissioner for Economic and Financial Affairs, Taxation and Customs, Pierre Moscovici, on July 1, when the regulation of extrajudicial resolution that the Treasury entered into force prepares to launch in Spain. The European Commission estimates that 2,000 lawsuits for double taxation between Member States are pending in the EU, of which almost half have been extended for more than two years.