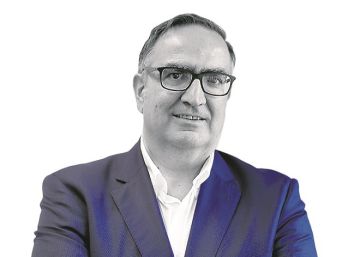 The emeritus king Juan Carlos I had been receiving all kinds of signals for weeks to confess to the Treasury. If he voluntarily regularized, that is, before an official letter from any Administration reached him claiming that debt or opening proceedings on it, he would be exempted from any criminal responsibility, as explained in article 305.4 of the Penal Code. Finally, after the bridge of the Constitution and the Immaculate Conception, the lawyer of the king emeritus has communicated that his client has proceeded.

The patient attitude shown by the prosecution and the tax administration in this case shows that they want to avoid the king emeritus the drink of a criminal procedure that could lead him to jail, although for this he had to go through the cash register. This procedure, although extraordinary, is not new. This is what the Tax Agency did on June 16, 2010 when it sent a letter to the 659 taxpayers that appeared on the Falciani list, the HSBC Switzerland computer scientist who left the bank with information on clients who were hiding money in this country from their Haciendas. Hervé Falciani provided the French Tax Administration with the documentation and from there the list with the Spanish arrived at the AEAT.

The letter from the Tax Administration offered the alibi for them to understand that this notice was the safe conduct to avoid jail, since it qualified that letter as “a tax management procedure that aims to control compliance with their formal obligations” and warned that the “AEAT would initiate a verification or investigation procedure if once the term (it gave them 10 days) to attend to this requirement is over, their tax situation is not adequately justified or regularized”. That letter was decisive for it to be considered voluntary regularization and, therefore, there would be no tax offense and thus avoid jail. The difference between management procedure and verification procedure was an abyss.

We do not know if a similar letter was sent to the palace this time or if the notice was made publicizing the irregular use of funds by the King Emeritus to the media, but the effect is the same. The Prosecutor’s Office and the Treasury have waited for the King Emeritus to take his fiscal picture, without formally sending him notifications or opening investigative proceedings, just like ten years ago with several hundred powerful families in this country.

The next step is for the Tax Administration to consider, as in those cases on the Falciani list, that this regularization is “complete and truthful.” The antecedents lead us to think that in the Spanish Administration there is enormous desire, and it is understandable, to settle the matter. However, it does not seem that it will be so easy in other jurisdictions, in Switzerland there are still open procedures, and even less that their fellow citizens turn the page so easily and in the middle of a huge crisis.

The information that appeared on the funds that King Juan Carlos I received before abdicating are very conclusive and in substance indicated that the monarch would have received 100 million euros from Saudi Arabia, an amount that is associated with a commission for the award of the works of the AVE from Medina to Mecca. That money was deposited in two foundations and then went to a friend Corinna and others that it is not necessary to review.

As would be the things that on March 15 the Royal House issued a statement in which King Felipe VI, to distance himself from his father, renounced any asset that could come to him by inheritance “whose origin, characteristics or purpose may not be in consistent with the law or with the criteria of rectitude and integrity that govern its institutional and private activity and that must inform the activity of the Crown ”. In the statement, it made express mention of the Lucum and Zagatka foundations, where the published documentation places the funds, and specifies that the king emeritus had asked his son to make public “that of the two foundations mentioned above, at no time did he provide information to HM the King ”.

This file is followed by the Swiss prosecutor Ives Bertossa and the Spanish justice has requested information, but most likely it will end up on file, since everything happened while Juan Carlos I was the head of State and, as such, had inviolability. Therefore, the payment of 678,393.72 euros of the self-assessment may be “complete and truthful” for the State and, therefore, that it has resolved the real risk of going to prison.

However, the problem that the King Emeritus has is that he does not have a version of the known facts that is “complete and truthful” in the eyes of his fellow citizens. Truthful is the one “who always says, uses and professes the truth”, something that does not fit the case. For Juan Carlos I to recover the credit of the Spaniards, a credible account of the events is necessary that contrasts with the data that would make the one who has been the head of state for decades a commission agent.

It may be understandable that the State conspires to alleviate the situation of King Juan Carlos I, but it is naive to think that doubts about the origin and amount of the royal family’s patrimony are things of the emeritus monarch, that in no way affect the perception of the Crown, of the monarchy. An institution that passes from parents to children of a single family and is banned from the rest requires a much higher dose of transparency, incompatible with the law of silence with which it operates. It is essential that there is a correlation between privilege, responsibility, exemplarity and accountability.